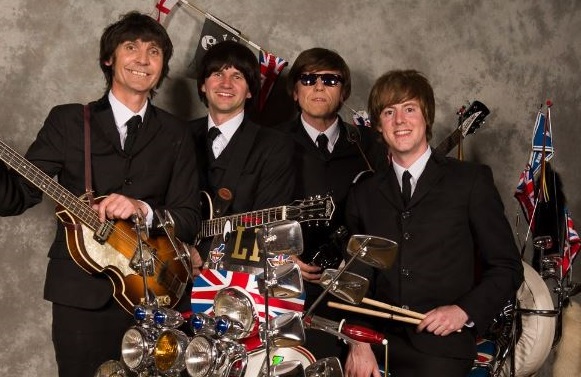 Fans of music icons The Beatles will be in for a treat on Sunday 22 July at Convoy in the Park, when leading tribute act The Counterfeit Beatles take to the stage.

The Counterfeit Beatles have established themselves as one of the UK’s most sought after international acts with two of the highest profile performances ever undertaken by any Beatles tribute band. They headlined the main stage at Japan’s Fuji Rock Festival with Coldplay, Elvis Costello, Primal Scream, among others, to an international crowd of 80,000.

You can catch them on stage at 2.15pm on Sunday at Convoy in the Park at Donington Park. They are one of eight acts that will be playing over the weekend at the event – other acts include The Rolling Clones, That 80s Rock Show and The Blueprint Brothers.

But there is much more on at Convoy in the Park, including round 5 of the British Truck Racing Championship and four leading support series. There will also be comedy, a trade show, more than 1000 show trucks on display and plenty of activities for children.

For more information, and to book early-bird tickets, go to www.convoyinthepark.com