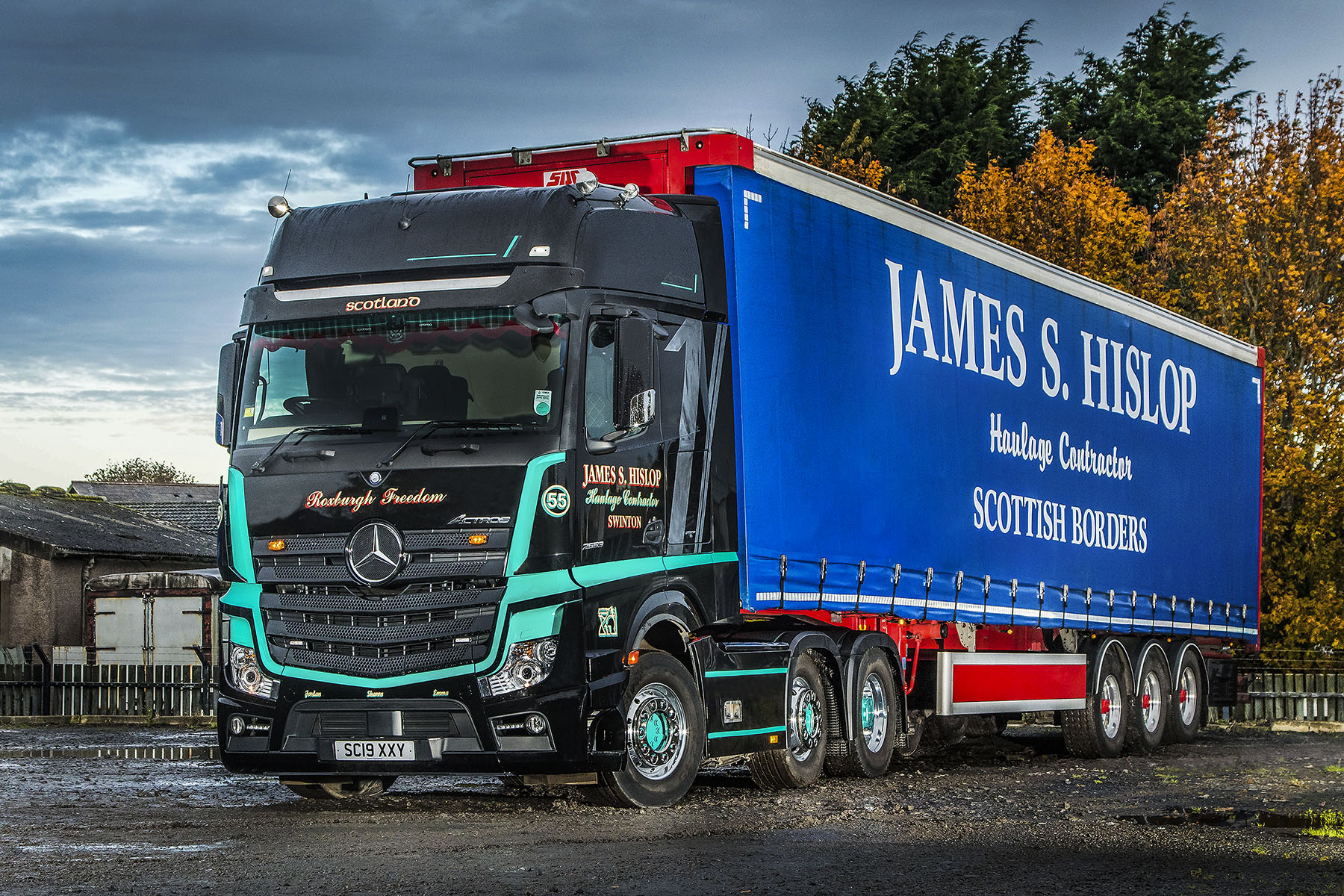 We’re very much looking forward to publishing the full story on these smart new Actros 1s, which went into service at James S Hislop this summer. In the meantime, here’s a taster from the official press release! 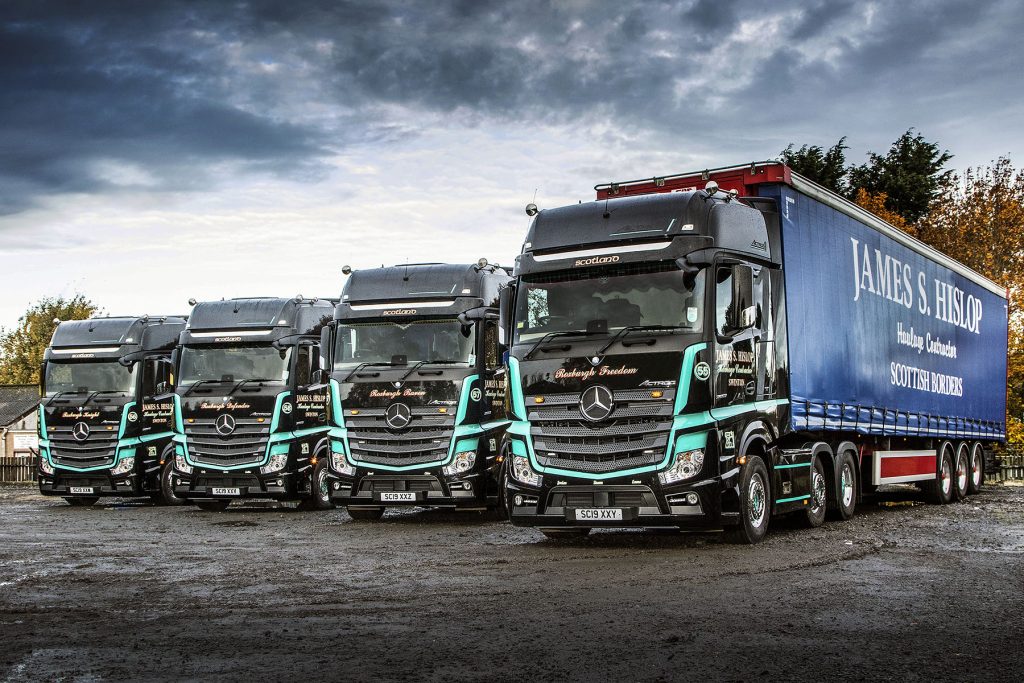 The family business placed its order after being impressed by the economical performance of a 390 kW (530 hp) demonstrator. The new trucks employ the same 12.8-litre straight-six engine, and are already living up to the operator’s high expectations. “They’re doing absolutely fine,” confirmed Managing Director Alan Hislop. “Average returns are around the 9 mpg mark. That may not sound a lot to some, but it’s very good for us, though, given that we’re almost two hours from the nearest motorway. Our trucks also pull high-sided trailers, and are invariably fully freighted. 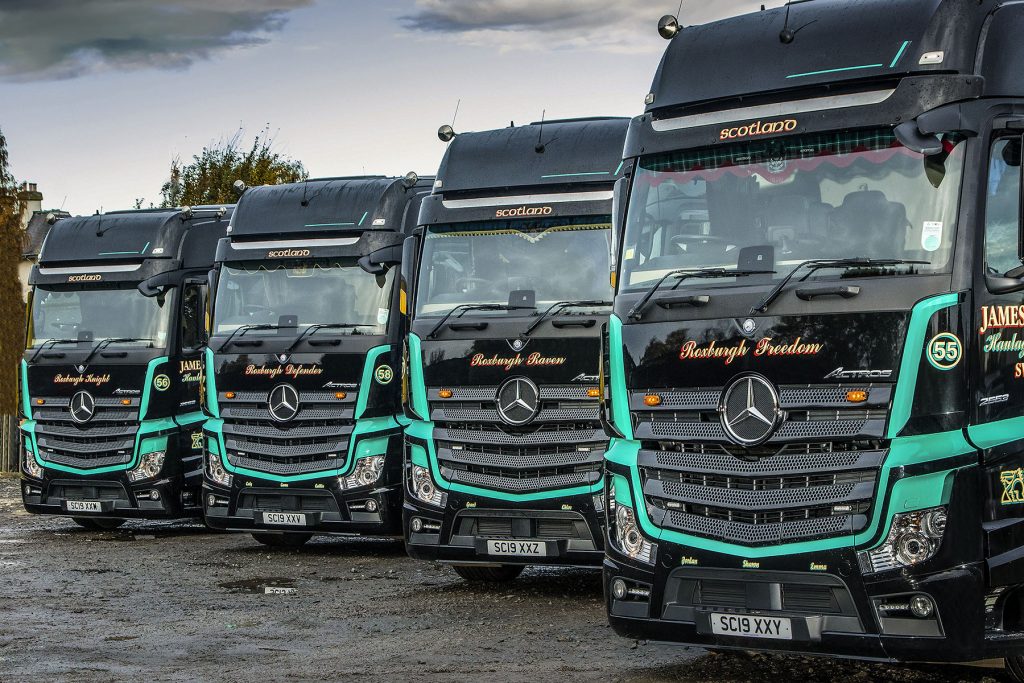 “The drivers are more than happy with their Actros1s,” he continued. “That’s hardly surprising, because as well as being striking in appearance, it’s also a lovely truck to drive, and very well specified. They’re all good guys and have been with us for a long time, so it’s nice to be able to thank them for their loyal service by putting them behind the wheels of such stylish, spacious and comfortable vehicles.” 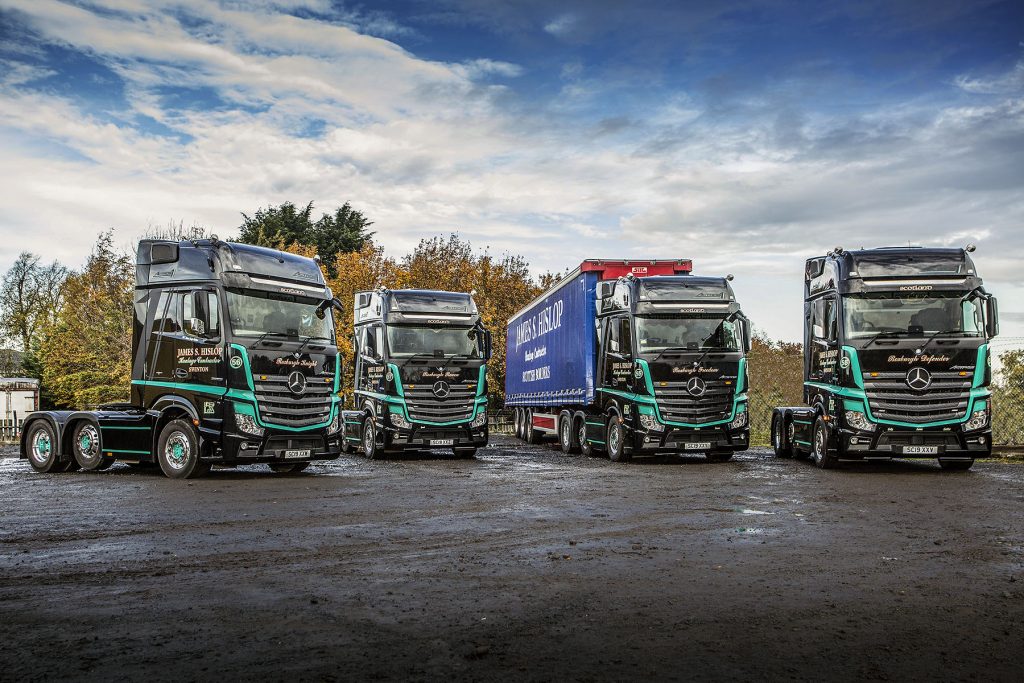 James S Hislop operates from headquarters in Kelso, and a second depot 15 miles away at Swinton, near Duns. The new Mercedes-Benz units have taken their places in a mixed-marque fleet of 26 tractor units that also includes three 375 kW (510hp) Actros which are on short-term hire. The company is maintaining them in its own workshop, but relies on Western Commercial for timely and efficient parts back-up, as well as technical support and any warranty work. The Actros1 is a highlight of the fourth-generation model range and an impressive showcase for Mercedes-Benz Trucks’ technical excellence. In terms of driver appeal, meanwhile, few trucks come close to its comprehensively equipped GigaSpace cab.