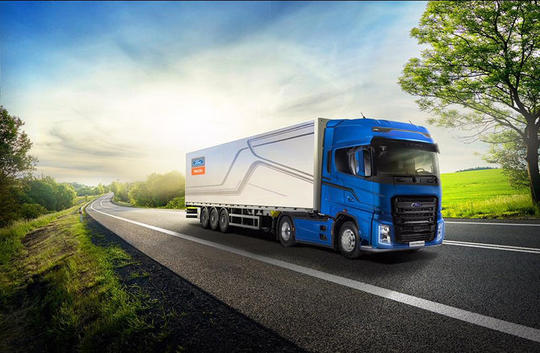 Ford Trucks will have a minimum of 5% market share in 80 countries worldwide by 2023, including much of Western Europe.

This bold claim was made by Ford Otosan CEO Haydar Yenigün last week, while announcing distribution partnerships in Spain and Portugal. “I know this is ambitious, but we have trust in our vehicles and our dealers,” he said.

The Turkish truck maker, whose F-Max scooped the coveted International Truck of the Year 2019 title, already has a presence in some Eastern European countries, but this is its first foray into Western Europe. Currently, its sole Portuguese dealership is in Lisbon, but by 2021 it will also have sites in Porto, Leira, Algarve and Viseu. Meanwhile, its Spanish distributor F-Trucks Autumotive Hispania will be operating from nine different locations across the country.

Yenigün said Ford Trucks had originally planned to enter Western Europe in late 2020, but brought its plans forwards by 12 months because of how well the F-Max has been received. He revealed that Italy will be added to the growing list before the end of the year, closely followed by France and the Nordic countries in 2020.

However Ford confirmed that producing a right-hand-drive version of the F-Max for the UK market is low on its list of priorities. Instead, it is currently concentrating its efforts on other projects, such as developing its own two-pedal transmission to replace the ZF TraXon, and rolling-out the F-Max cab down through the rest of the range. Currently distribution and construction trucks use its Cargo cab, but this will change once a 2.3m wide version of the F-Max cab has been developed.

Ford Trucks has appointed TIP Trailer Services as its Western European aftersales provider, including in the UK.