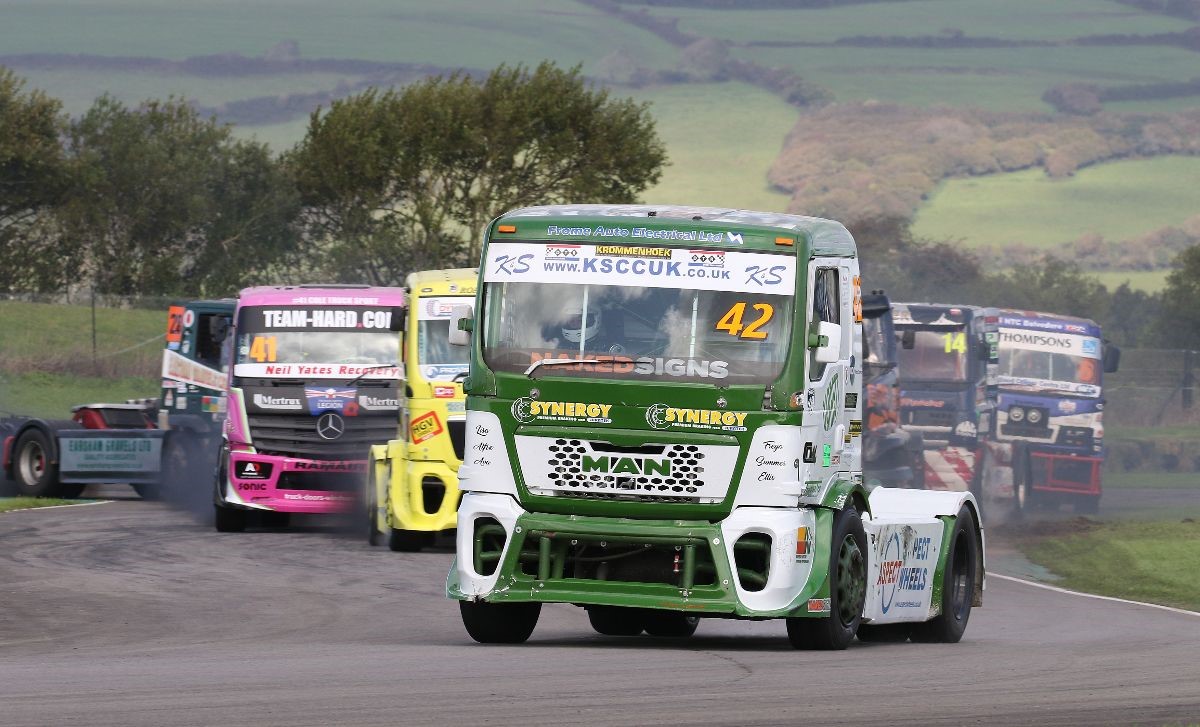 The MAN driver entered the penultimate event of the season at the Welsh venue with an impressive 72-point advantage and duly made it count to become a back-to-back champion in the category.

Claiming his 12th victory of the year on what proved to be memorable weekend, wins also the fell the way of Paul Rivett, John Bowler and Brad Smith amidst contrasting conditions across Saturday and Sunday.

Former Renault UK Clio Cup champion Rivett underlined his credentials in an ultra-competitive qualifying session around the 1.45-mile circuit as he stormed to pole position.

Converting his front row start into the race lead in the opening encounter, Rivett charged to his sixth victory of the year – underlining his defensive skills after holding off a charging Garrett in the latter stages. 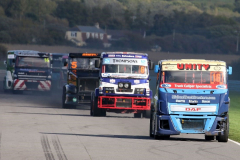 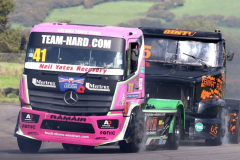 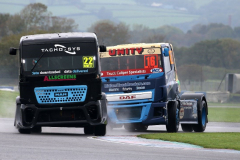 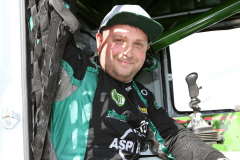 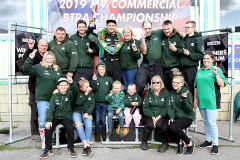 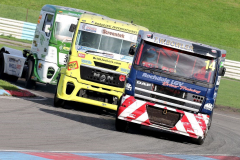 Behind, Erik Forsstrom made a welcome return to the podium, muscling past title chase Steve Powell in the final few laps.

Race two proved to be one for the bumper crowd in attendance to savour as DAF driver Bowler claiming a lights-to-flag victory under immense pressure. Hitting the front ahead of Smith early on, Bowler’s mirrors soon became filled with the charging of Rivett and Garrett.

Bridging a significant gap between themselves and the rest of the field, the squabbling trio scrapped for supremacy but Bowler wasn’t to be denied, edging out Rivett and Garrett with just two seconds blanketing them.

Garrett’s crowning moment came in bright sunshine on Sunday morning as he put himself out of touch from his title rivals. Leading from the start, the 2018 champion showcased his dominance with as he built up a substantial advantage over the chasing pack.

Steven Powell and Erik Forsstrom found themselves locked in a battle for second place but when Sisu of Forsstrom ran into trouble on lap nine, it opened the door for Simon Cole to take his first podium since May in his Mercedes.

Back at the front, Garrett was in a league of his own and cantered to the chequered flag by more than 12 seconds, becoming a back-to-back Division 2 champion in the process.

The fourth and final race of the weekend around Pembrey fell the way of DAF driver Brad Smith, who claimed a dominant lights-to-flag victory to stand on the top step of the podium for the first time this year.

Showing newly crowned champion Garrett a clean set of heels in the 12-lap encounter, Smith reigned supreme to bring the curtain down on another unforgettable two days of blockbuster racing, leading Garrett and Powell.

Brands Hatch will play host to the final round of the season on November 2/3, with plenty still left to fight for across four pulsating races around the Indy layout of the Kent venue.

To view the full classification of results from all Division 2 sessions at Pembrey, click here.