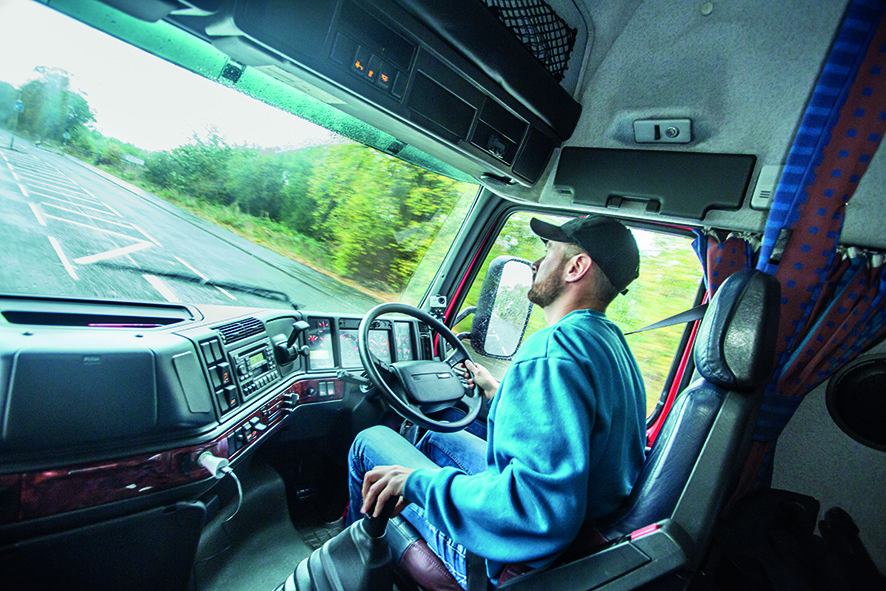 I was very interested in Russell Oliver’s comments in T&D, September in his column ‘Let’s take back control’, not least because I agree with everything he said about automation and safety.
The idea that trucks will take over more and more of the driving, while the driver is there for emergencies, shows a fundamental misunderstanding on the part of truck manufacturers about how human attention works. When the truck is doing most of the monitoring, the driver is bound to lose concentration, as Russell points out.
Back in the 1980s and ’90s, when I edited first T&D and then TRUCK, I followed the steady increase in automation of gearboxes. Manufacturers proudly told journalists that they were making their trucks ‘driver-proof ’, as if the truck had to be protected from the driver. Only if he or she wasn’t properly trained. Another advantage of automatic’ boxes, they said, was that they would save the driver having to ‘think about’ gear changing. I used to challenge truck marketing people to say when they last thought about gearshifts themselves, and they looked baffled – because, of course, they never thought about them. Professional drivers, at the wheel for up to 10 hours a day, never had to ‘think’ about manual gearshifts – they were totally automatic, because of the way the human body works. When did you last think about walking? I’m not saying that auto ’boxes aren’t great when you’re crawling around the M25, or picking your way through a city, but they were the first step towards the many driver ‘aids’ that Russell rightly questions. And auto ’boxes remove one of the important ways in which old-school drivers used to interact with their trucks, which also helped to maintain their attention. I currently live in the USA, where the vast majority of cars have been automatic for decades and hardly anyone can still drive a manual ’box. It may or not be a coincidence that American drivers are the sloppiest and attentive of any western country – and I have driven in pretty well all of them.
Finally, I wonder if there’s a link between de-skilling truck driving and the driver shortage? Reducing the driver’s role makes the job less interesting, while satnav and cellphones have taken away drivers’ independence, once one of the most attractive features of the work.
No, Russell, you’re not a ‘dinosaur who needs to keep pace’, but a professional whose skills are more reliable than the systems that are designed, ultimately, to replace you.
George Bennett
Founding editor of T&D

It won’t be long before there are some drivers who will be unable to drive without the aid of stuff like predictive powertrain control where the truck assists with braking and steering. The driver shortage is partly due to the cost of the licence and partly due to the industry’s reputation and the poor perception of drivers. It’s hard for drivers to take their children in the cab on holidays and, although the romance and adventure of driving is there, it’s only for those who truly seek it – Dougie

Get in touch! Email us at [email protected] or keep in touch via our social media channels