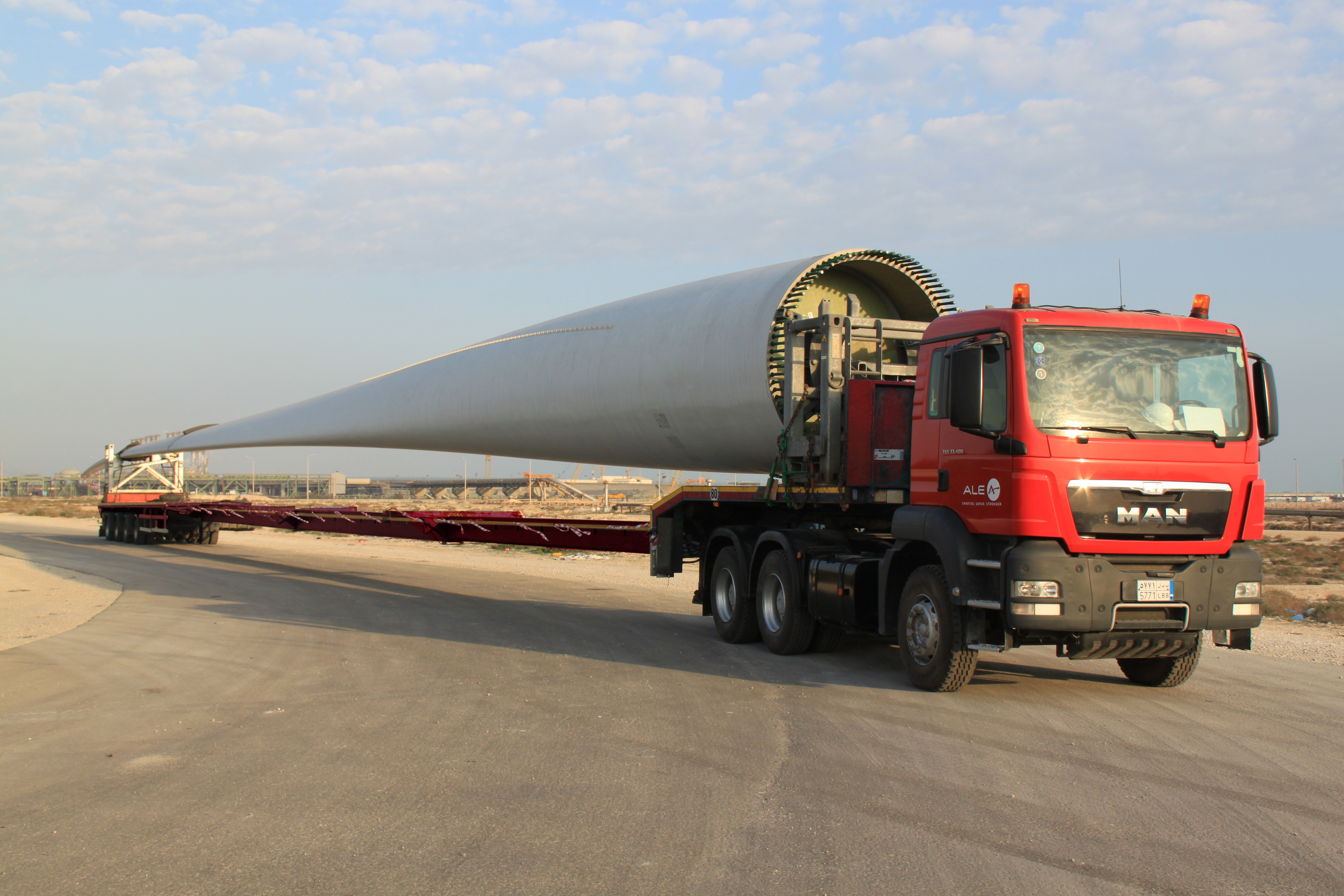 Starting in January, ALE was contracted for the transportation, erection and installation of one 2.75-120 wind turbine at a wind farm in Huraymila, around 80km north of Riyadh.

ALE received the wind turbine components from a vessel at the Jubail Industrial Port and transported them over 600km to Huraymila, using a combination of conventional trailers and a blade trailer. The blades measured up to 60m long, making the transportation particularly challenging. Once the components arrived on site, they were offloaded using ALE’s crawler and mobile cranes, ready for final wind turbine assembly. ALE utilised their expertise from the ALE’s dedicated wind division, a team of wind installation technicians from ALE’s South Africa branch, to handle and mechanically and electrically install the wind turbine into its final position.

“We are proud to be responsible for installing Saudi Arabia’s first wind turbine. This is a major milestone not only in the country’s renewable involvement, but also showcases our capabilities in offering the full TCI package to internally-recognised standards,” explained Andrew Spink, General Manager for ALE’s branch in Saudi Arabia.