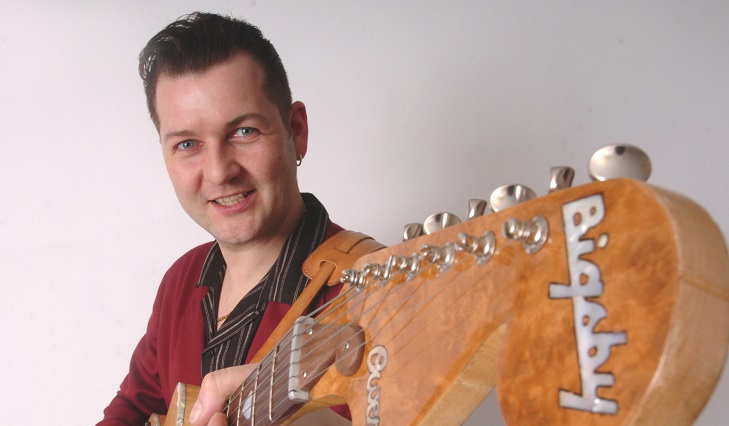 Welsh rockabilly act John Lewis & His Rock N Roll Trio are to play on at Convoy in the Park at Donington Park on July 22.

John Lewis & his Rock N Roll Trio’s blend of classic rockabilly with a modern attitude has won him a legion of fans in recent years. Lewis has had airplay on BBC Radio 6 Music, among other stations, and his solo acoustic album, His Other Side, was released in February.

John and his band have gigged all over the world recently, including appearances in Japan, Australia, Belgium, France and Holland.

This is just one of the acts playing the main stage at Convoy in the Park. Others playing include Knocksville, Mashville, Millie Manders & The Shut Up and tribute act Guns Or Roses.