The final race meeting of the BTRA calendar was a dramatic affair with lots of trucks spinning off the wet Brands Hatch track.

The camera experts at SmartWitness have all the video action available here: https://youtu.be/n2I0jZm22r8

Wet and blustery weather on the Saturday led to a lot of trucks struggling with treacherous driving conditions.  Several trucks spun off the track during the weekend and as a result SmartWitness camera footage was requested many times for VAR (Video Assistant Referee) adjudication purposes. 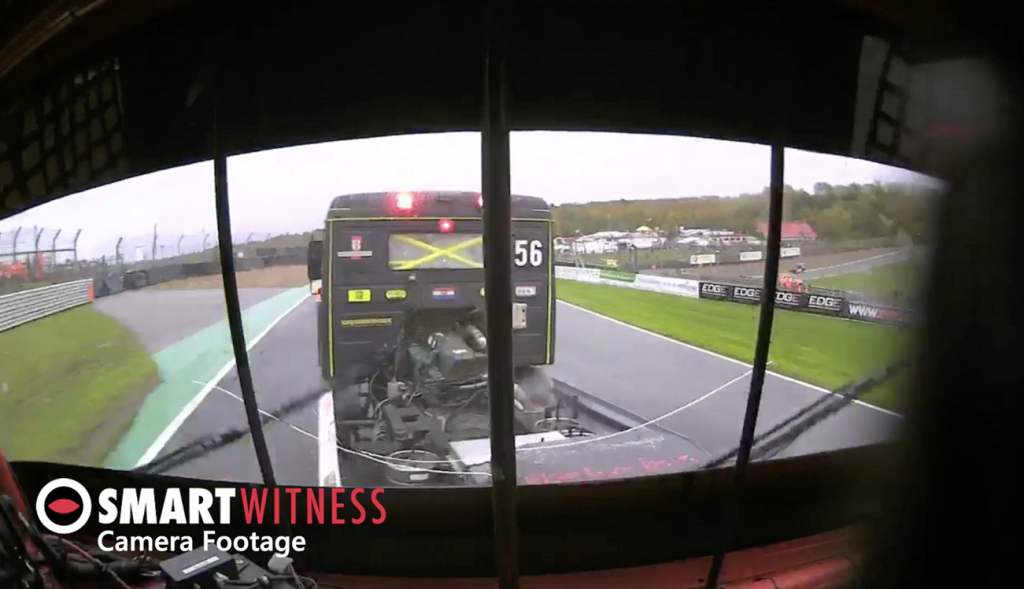 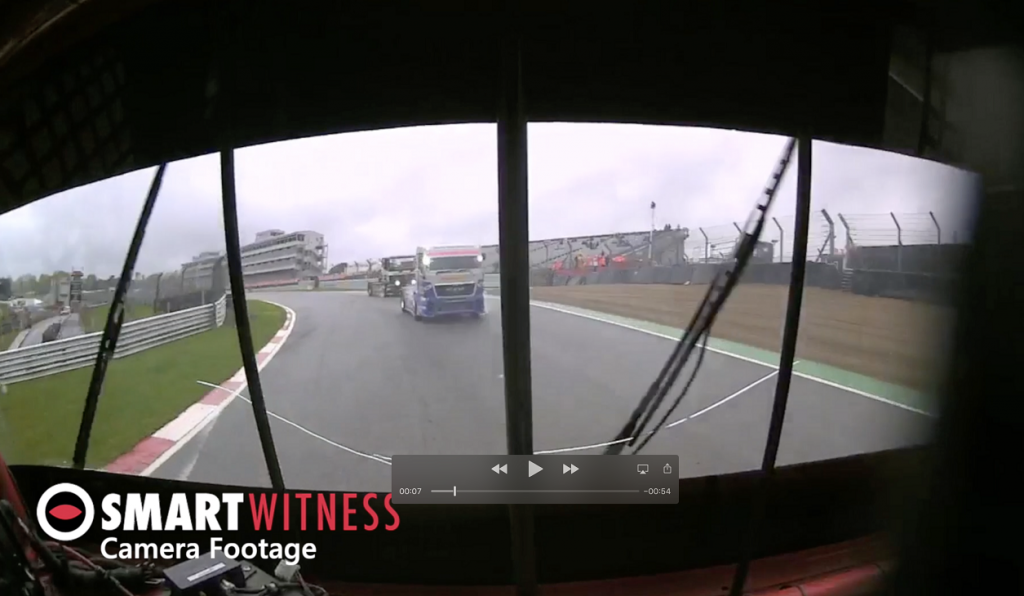 On Saturday in Division 2 Graham Powell (55) had a dramatic 360 spin in the middle of the track at the turn by Paddock Hill. There appeared to be contact with the truck in front which caused the spin. 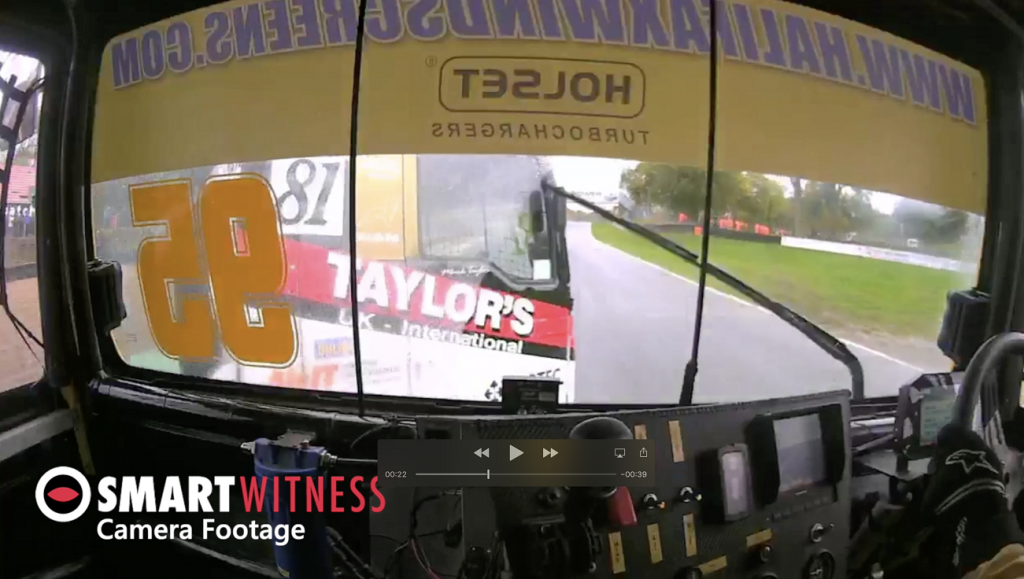 In the first Division 1 race of Saturday there was a battle royal between Richard Collett and Mark Taylor, again around Paddock Hill which saw Taylor spinning off the track.

In the second Division 2 race of Saturday Graham Powell again lost his footing coming into the Cooper Straight and performed a 360 in front of Erik Forsstrom who was only a few yards behind but was able to take evasive action. 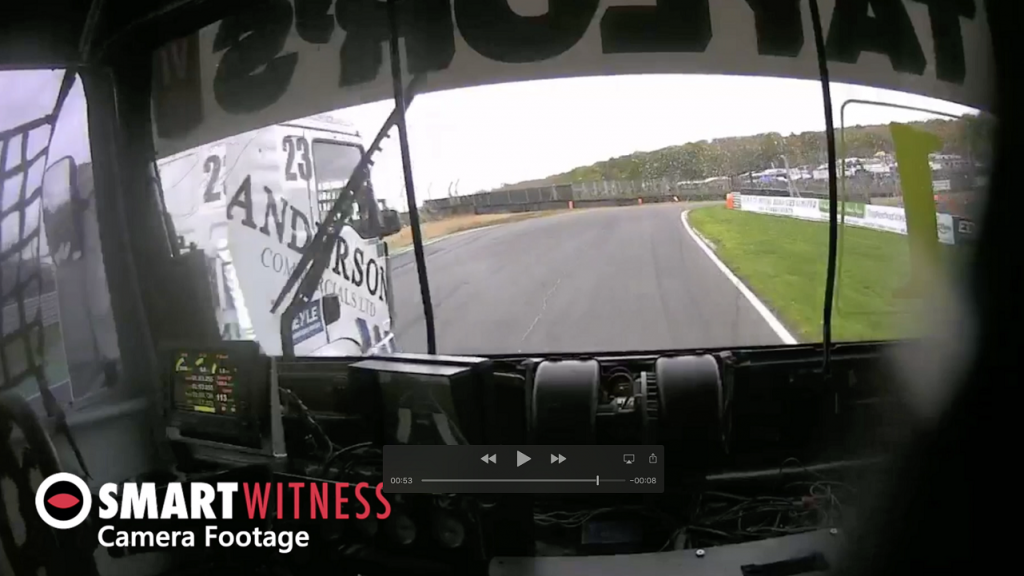 Ryan Smith about to overtake Jamie Anderson in race 2

On Sunday the sun came out at the beginning of the day, but the track was still quite wet from the day before. Richard Collett was leading the first Division 1 race of the day when it appeared that his brakes locked coming into Clearways corner. You can see from the SmartWitness footage in his cab that he was valiantly trying to regain control, but the vehicle spun through 720 degrees and onto the grass. 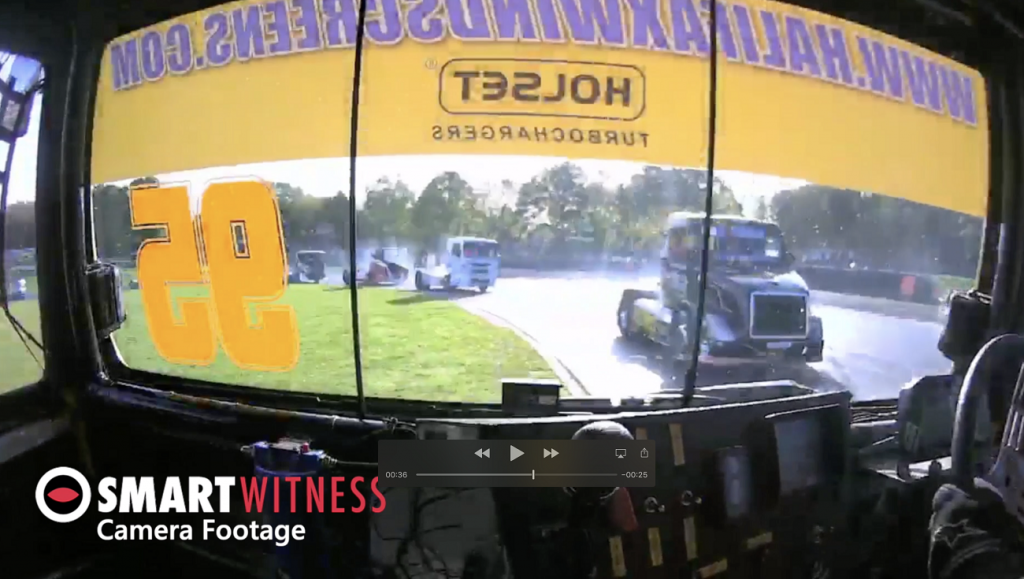 Rick Collett goes for a spin as Stuart Oliver looks on

Ryan Smith went on to win the second Division race and the BTRA Championship with that race, with a masterful overtake of Jamie Anderson at Paddock Hill turn, which was caught on camera, but he was thwarted from winning the final Division 1 race of the season when there was contact on his truck from behind which sent him spinning off the track at Paddock Hill. 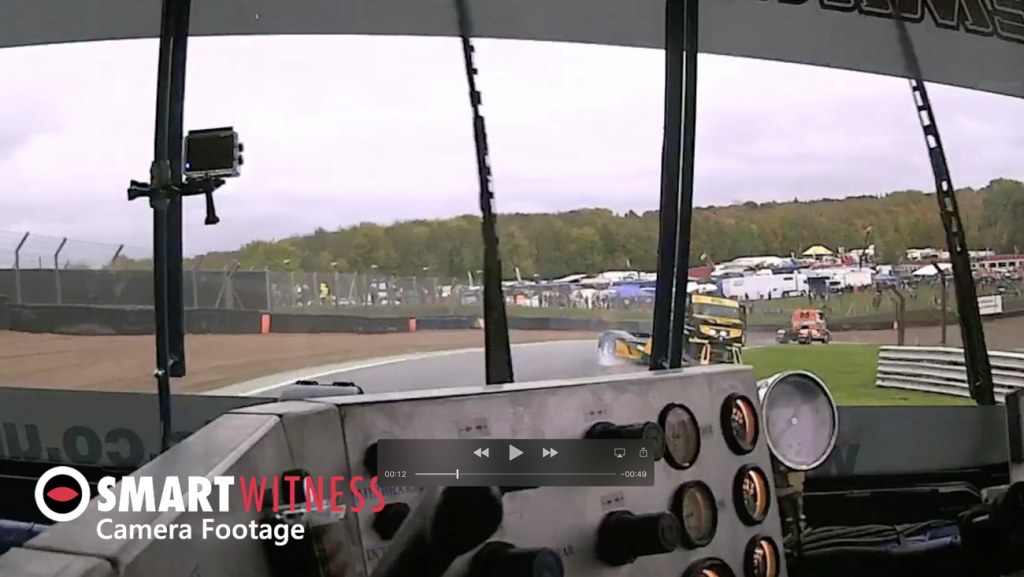 SmartWitness are the official cameras of the MV Commercial BTRA Championships and their CP2 cameras were installed in every competing truck in the Div 1 and 2. Footage can be pulled live from the connected 3G/4G cameras via the SmartView cloud software live during the race for adjudication purposes.