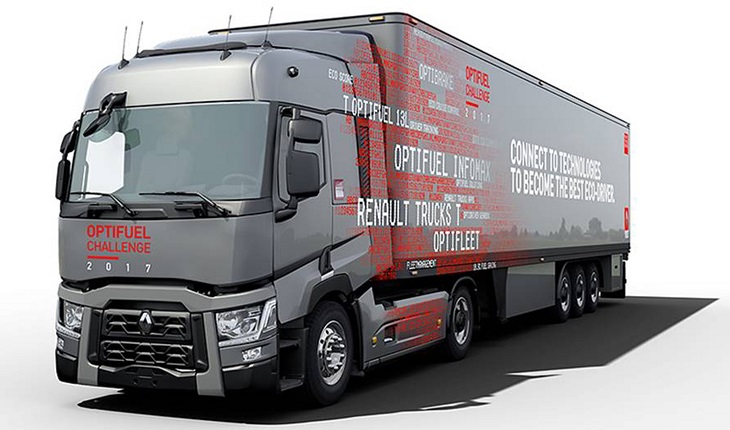 Roundtree, who fended off competition from six other drivers in the final, received £1,000 to spend in the Renault Trucks Reward Store, and will go on to represent the UK at the Optifuel Challenge Grand Final in Madrid on 17-19 October with the chance to win a truck for his company.

The biennial Optifuel Challenge gives participants the chance to compete behind the wheel of a Range T480 Optifuel truck, boasting the latest efficiency innovations. Equipped with aerodynamic features such as roof deflectors, side deflectors, side fairings and fairing extension, its 13-litre Euro-6 Step C engines with common rail injection systems are equipped with power mode override, eco-cruise control with Optiroll (a controlled free-wheeling mode), a disengageable air compressor, a variable-flow steering pump and automatic engine stop feature. This newest generation of trucks also features the Optivision predictive speed regulator, which uses a GPS connection to adapt gear shifting, acceleration and speed according to route topography.

The Grand Final will see Rountree take on winners from across 30 participating countries at an all-expenses paid event, where the overall champion will be presented with a Range T480 Optifuel truck for their company and their choice of vouchers to the value of €6,000 (£5,550) for themselves.