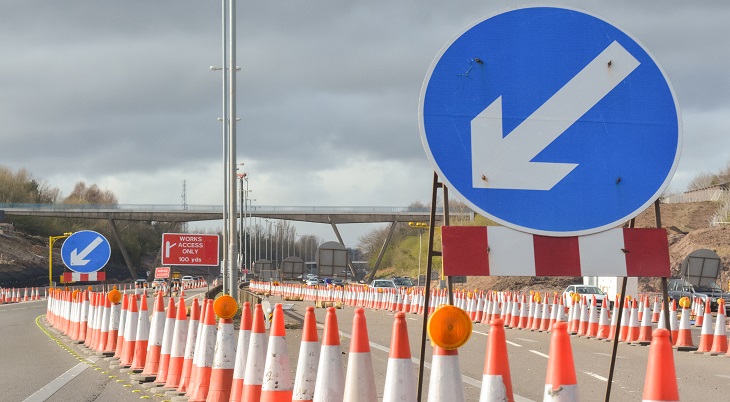 More than 24,400 miles of road in England and Wales has been identified as needing essential maintenance in the next year, a survey has found.

The ALARM survey, which studies local road maintenance funding and condition, produced by the Asphalt Industry Alliance (AIA) and now in its 23rd year, found that local authorities in England and Wales reported that the gap between the funds they received and the amount they actually needed to keep the carriageway in reasonable order was almost £556 million – a shortfall of £3.3 million for every authority.

In addition, it would now take 14 years to get local roads back into a reasonable steady state, provided adequate funds and resources were available.

Rick Green, Chairman of the AIA, said: “Although local authorities report an increase in average highway maintenance budgets this year, looking back over the last decade they have barely kept in line with inflation. This is reflected in road condition, with one in five of our local roads now classed as structurally poor – with less than five years’ life remaining – compared with one in six reported last year.

“Local roads are a vital asset, worth in the region of £400 billion, and they support all aspects of our daily work and home lives. But funding for their adequate maintenance has fallen short for so many years that further deterioration is inevitable.

“We accept that there is no magic wand to wave, nor is there a bottomless pot of money to tap into. There are difficult choices to be made at both local and national level but the government needs to provide adequate funding for a well maintained and safe local road network if it wants to support communities and drive economic growth.”

Richard Burnett, chief executive of the Road Haulage Association, said: “The Government and local authorities can do a lot more to bring the network up to standard so that the roads aren’t full of cracks waiting to turn into dangerous potholes that can cause collisions. Local roads where hauliers make their last-mile deliveries are often in a poor state and the damage they can cause to HGVs – in particular to their suspension systems – can be considerable.
“More potholes means more breakdowns, more roadworks and more delays. And delays in a ‘just in time’ economy are disastrous for business.”

The RAC had reported a sharp increase in pothole-related breakdowns in the aftermath of the severe weather at the beginning of the month.

“It’s not lost on us that the short-term impact of the recent severe weather – where supermarkets ran out of food because lorries couldn’t get through – is leaving a longer-lasting legacy that exposes years of neglect from government and local authorities,” Burnett continued. “Local roads must be included in any plans to improve the strategic road network.”

In December 2017, the government pledged £46 million to help repair potholes, as part of a £200 million investment in measures to improve the condition of local roads across the country. The Department for Transport (DfT) said this money could help to repair almost 1 million more potholes in England outside London.