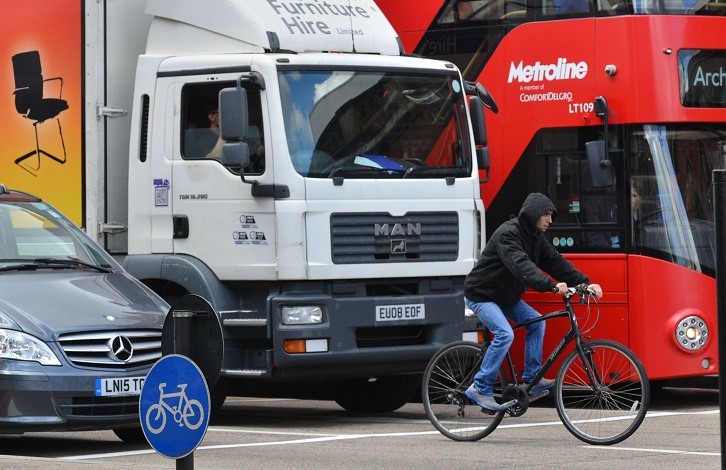 Up to half of existing HGVs could be banned from London by 2024 if a proposal by Transport for London (TfL) is applied.

The Road Haulage Association (RHA) said it was “horrified” at TfL’s latest proposal for applying a new London-only Direct Vision Standard starting in 2020. At a meeting on March 17, TfL said it estimates that 35,000 of the current 188,000 HGVs that enter London now will be banned in 2020, rising to 94,000 by 2024. However, TfL cannot say which vehicles will be banned and which will not.

TfL has been developing a star rating from zero to 5 stars for trucks over 12 tonnes. The ratings have not yet been established but TfL confirmed that the standards will apply to articulated and rigid vehicles, believing that many long distance trucks entering London with goods should be banned.

He added: “They represent a U-turn in as much as the original plans were to specifically be aimed at increasing the safety of construction vehicles.

“Of course we understand the need to make the roads as safe as possible, but this proposal has run off the rails. It is simply not credible. It’s impossible for a haulier to buy a vehicle now that complies with TfL standards – as no vehicle has been assessed against any standard.

“It is absurd to expect businesses to invest many tens of thousands of pounds in new, clean Euro VI vehicles only to have them banned by TfL in a little over 2 years time.”

TfL expect to undertake the statutory consultation in Spring 2018. It confirmed that “this is subject to Government and European Commission support”, but it is not clear what approvals need to be given by these bodies.

“This is a fiasco, it is shocking attack on business in the Capital,” said Burnett. “The cost of this will be met initially by road hauliers, but will eventually be picked up by the people of London. Businesses and people depend on lorries to deliver the goods they need, including the food we eat. It seems TfL is determined to undermine the competitiveness of London. The timings and requirements that are being specified are ridiculous.”

Hauliers and other stakeholders at the meeting pointed out that there is no certainty that they’ll be able to buy compliant vehicles in time and the value of new but non-compliant trucks could collapse.

TfL have queried the RHA’s figures from the meeting, but have not responded to requests for further information.