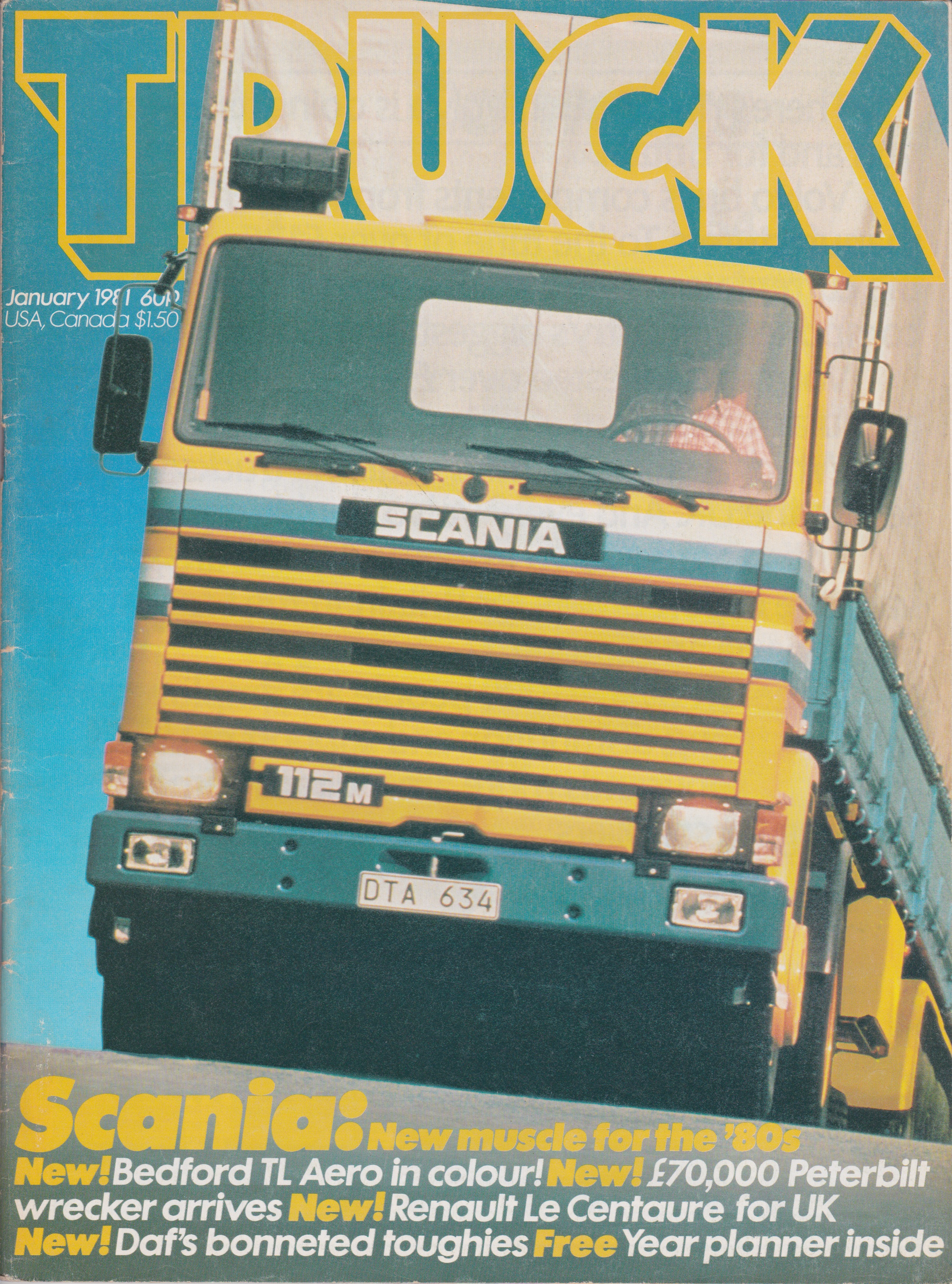 January 1981 was a key date for me, as an 11 year old, that is when I bought my first copy of TRUCK magazine to fuel my new-found interest in HGVs. It had the brand new Scania GPR series on the cover, which had just been launched – the old 82, 112 and 142 series – now classics in their own right.

I vividly remember one of the adverts had a young lady minus a certain part of her underwear, so I made sure my parents did not look through the magazine; I didn’t want them thinking I was buying it for the wrong reasons!! Crumbs, she’ll be in her late 50s or even early 60s now!

Anyway, I loved TRUCK and every month I would nip down to the newsagents to buy the latest copy until my dear old gran, bless her, took out a subscription for me!

I used to love the road tests (it was a Mercedes 1628 against its bigger 1638 sister tested in that January 1981 issue), but I really, really looked forward to reading the Long Distance Diary feature. These were great tales, more often than not penned by the late, great Phil Llewellin, who recounted stories of trucking across the globe.

I especially loved the Middle East and European long(er) distance runs, written with such colour and passion you almost felt you too were crammed in to the cab of a standard sleeper Seddon Atkinson 400 with some old burly Yorkshireman, chain smoking and eating badly!

One of my first jobs when I took over T&D was to go through all the old issues of TRUCK – yes, I have a complete set from October 1974 to September 2004 in at home – and list all the LDDs ever published.

Then I had to decide which were the best for a first TRUCK bookazine – which we produced last October. As I drew up that list, it soon became apparent that I would have to be quite ruthless and some great articles were inevitably going to end up on the ‘cutting room floor’, so immediately I told Will Shiers that there was enough for a second, even third, volume.

So that’s what we have done, and a few days ago, Volume 2 of TRUCK’s best of Long Distance Diaries hit the bookshelves. Yes, this is a blatant plug for this excellent book, as, to be brutally honest, it is 132 pages of the best of travel writing – just travel writing from the cab of a lorry!

The second offering of TRUCK’s LDDs includes trips from the UK to Germany, Italy, Jordon, Norway, Romania, Sweden and even Azerbaijan. There are journeys from Switzerland to Spain (in a Berna!), across the USA, Finland, Canada, Mozambique and Australia. There’s a nice mix of trucks too – Fords, Peterbilts, Kenworths, Scanias, Volvos, Dafs, MAN and even an AVM. And then there is the stunning photography.

This really is a great book, and I have to admit, I have found it hard to put it down, not just for the nostalgia value of looking back at my old TRUCK mags, but to see how operations have changed.

One thing, however, to bring it up to 2016 standard means the advert on page 125 has had to be slightly altered. Such is progress!

* The best of TRUCK Long Distance Diaries Volume 2 is now on sale, at £9.99, at all good newsagents