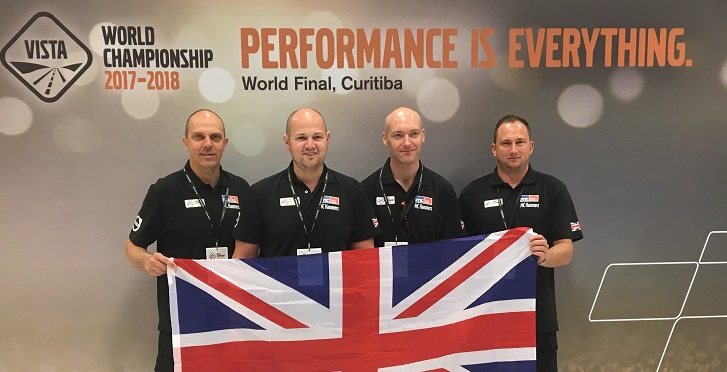 As Volvo Trucks’ UK representative at this global competition, the MC Hammers team were one of 40 teams from across the Volvo Truck and Volvo Bus global networks taking part in this biennial event. This year’s competition was eventually won by Estonian representatives, Viies Ratas.

“To finish sixth in the world is an absolutely fantastic achievement for the MC team from Thurrock, bearing in mind the strength of the competition,” said Nigel Brooks, Aftermarket Director at MC Truck & Bus. “Over 4800 teams, comprising of more than 19,700 participants, originally entered the global event. The team’s success in Brazil means that they have been recognised as being in the top 1% of Volvo technicians worldwide.”

The VISTA event originally started in 1957 as a competition for Volvo’s mechanics in Sweden and has since become an international event. It is now held every two years and is open to all workshop employees within the Volvo Trucks and Volvo Buses global service network.

Earlier this year, the MC Hammers won the UK section of this competition in the inaugural rounds held in Gothenburg, Sweden. This success led them to automatically being entered into the world finals in Brazil.

The 2018 VISTA final, which took place over one day, consisted of 10 different work stations with a variety of technical challenges at each station, where each team of technicians were tasked with finding solutions and repairs for a variety of real life situations.

“The competition required each team to demonstrate a variety of mixed skills, not just covering manual tasks but also in terms of clear decision-making and solutions finding,” said Brooks.

While in Brazil, the MC Hammer’s team also visited a children’s home in Curitiba that is sponsored by Volvo Trucks. At the school, the team spent the day working with staff to improve facilities on site.

“Without doubt, this has been a tremendous experience for all the team members from Thurrock and has allowed them to successfully pitch their skills against the very best in the world, demonstrating the quality of technical support that is available from the UK,” concluded Brooks.