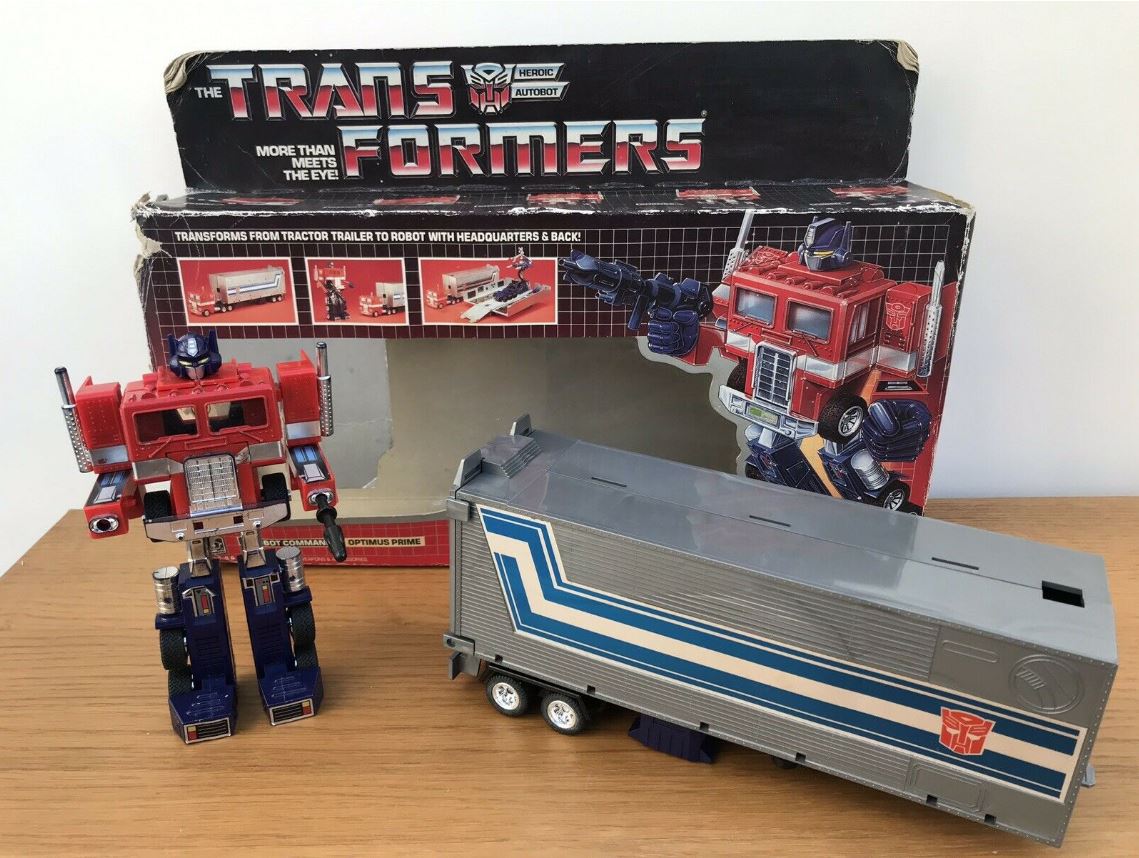 Transformers were BIG news if you were a kid in the 1980s. The toys were TWO things in one – mostly a vehicle of some sort which would then transform into a robot. Optimus Prime was the boss of “good” Autobots, and what was fantastic was that he was a cool-looking cabover Peterbilt truck. The cartoon series was a smash hit, and the toys to go along with it were heavily advertised and marketed. 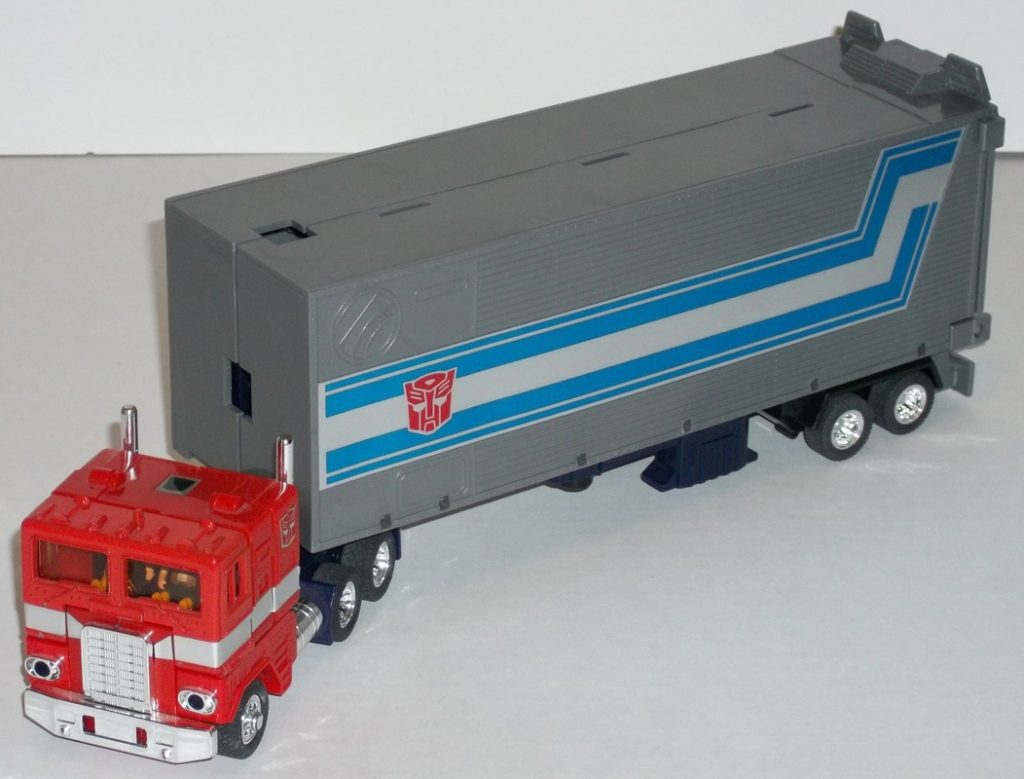 Optimus Prime was so popular, that the original versions sold out everywhere in the run up to Christmas 1984. Your dear Editor here was almost 5 years old at the time, and Mr Prime was very much at the top of the Christmas gift list. However, despite errr Santa’s very best efforts, getting hold of one proved impossible. So he bought, errr, got his elves to make, the next best thing – and on Christmas day I awoke to find Optimus’s arch enemy Megatron under the tree. 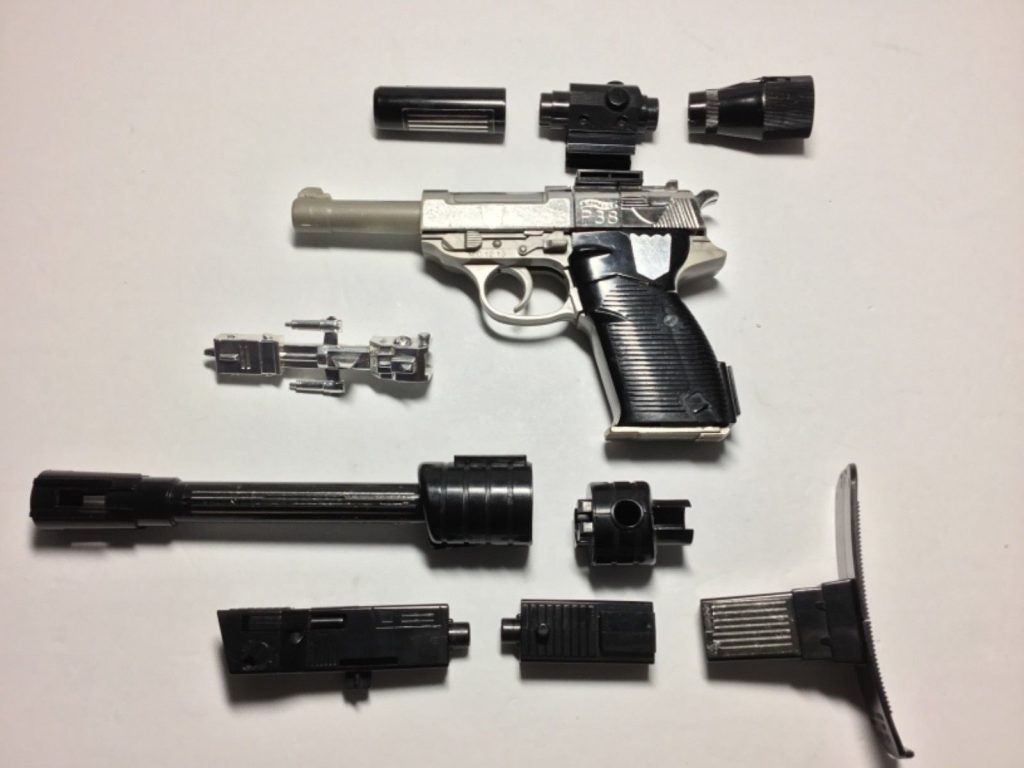 What was Megatron? A truck? A car? A bus? No – Megatron was a super-realistic GUN that came with a variety of attachments including a silencer. Different times. You ran about in the streets with one of these nowadays and you’ll have armed response units scrambled in no time. In the 80s, nobody batted an eyelid. 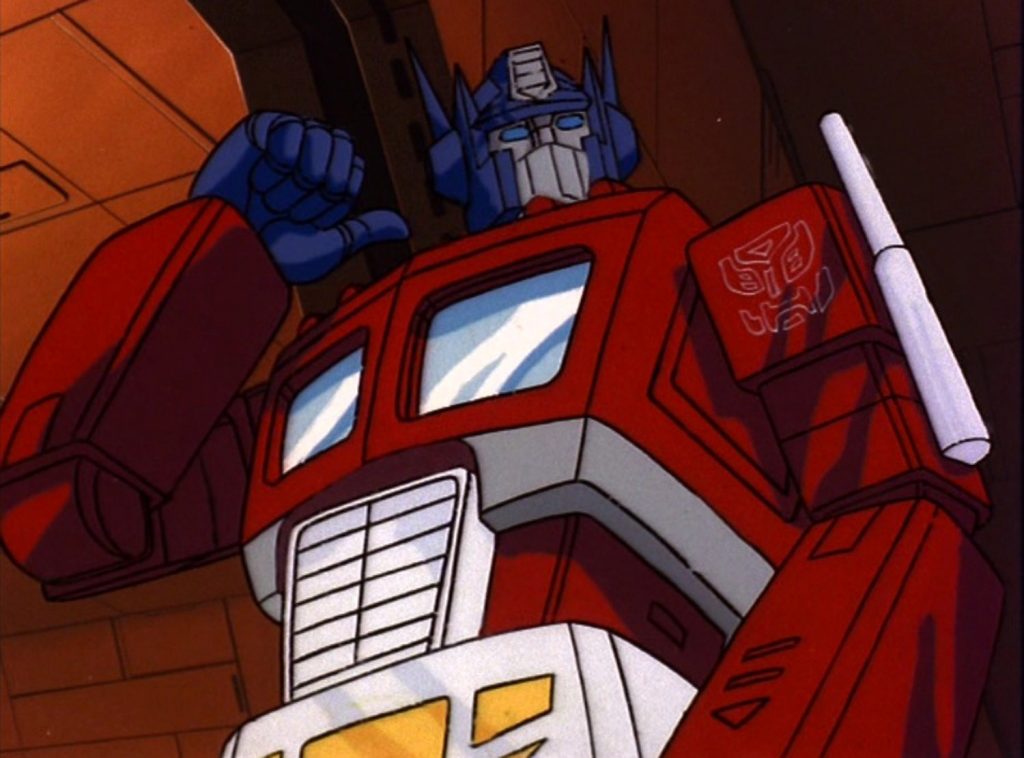 Anyway, the original run of Optimus Primes are very highly sought after these days. Transformer popularity was at its peak in 1986, when a feature length movie came out. They didn’t do another run of Optimus Primes (SPOILER ALERT COMING) because, for reasons that shook children of the 80s to their very core at the time, they only bloody well went and killed him off!  There are theories that the toy manufacturers wanted to begin a new series Transformers toys. But the level of shock, that the iconic Optimus was dead really shook kids at the time. 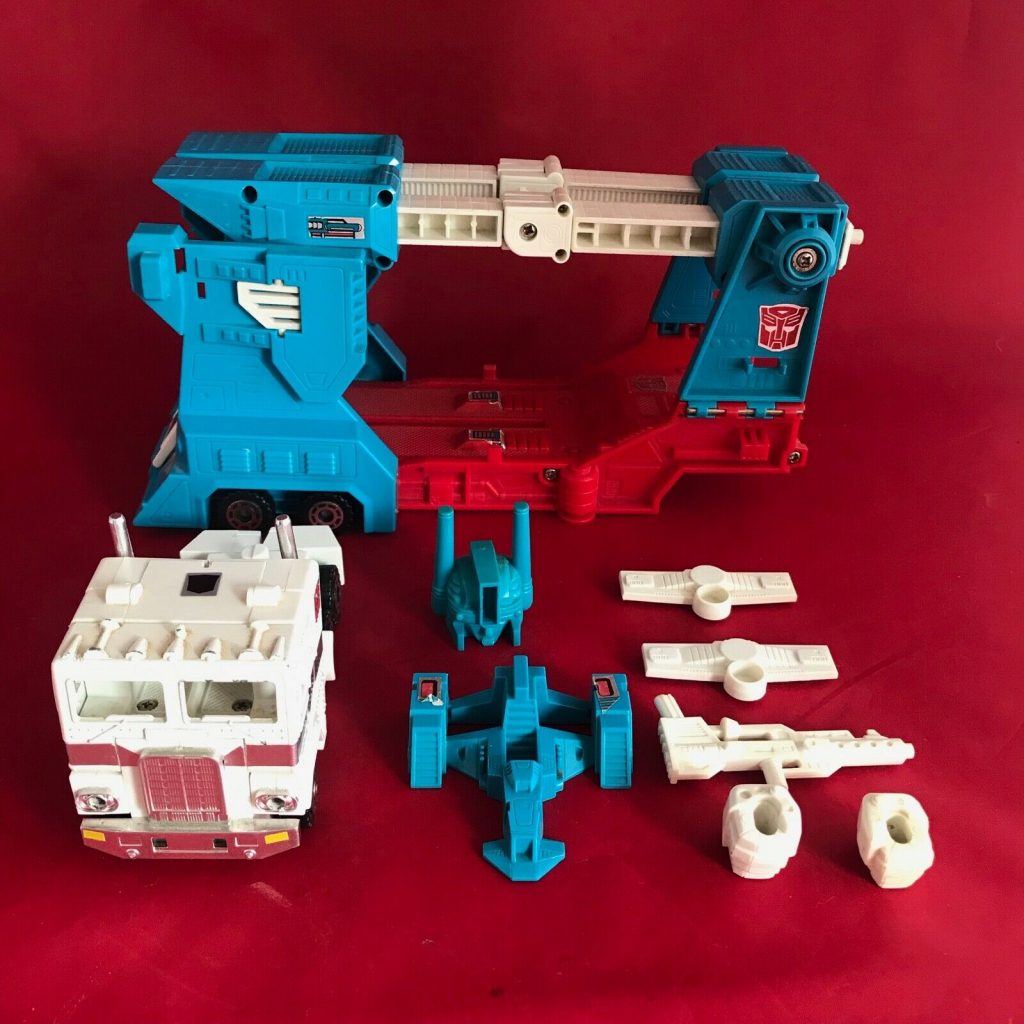 He was replaced by Ultra Magnus, who was a white cabover Peterbilt and a bit of a wet lettuce in comparison to Optimus. He didn’t last long and was sacked off in favour of Rodimus Prime. But it wasn’t ever the same after the movie. There’s been various recreations over the years, but if you were there at the time, the magic of the series and the shock of the hard line themes of the movie will live long in the memory of 30 and 40 somethings who grew up with it at the time.

Anyway, the whole point of this post is – did you have, or do you still have, an original Optimus Prime?