The battle for supremacy in the 2019 MV Commercial BTRA Championship will continue this weekend (May 11/12) as both Division 1 and Division 2 descend on South Wales to tackle Pembrey Circuit.

Headlining the ever-growing ‘Spring Truckfest’ race meeting, the heavyweight behemoths look set to build on an action packed curtain-raiser at Brands Hatch in the picturesque setting of Carmarthenshire for the second event of the season. 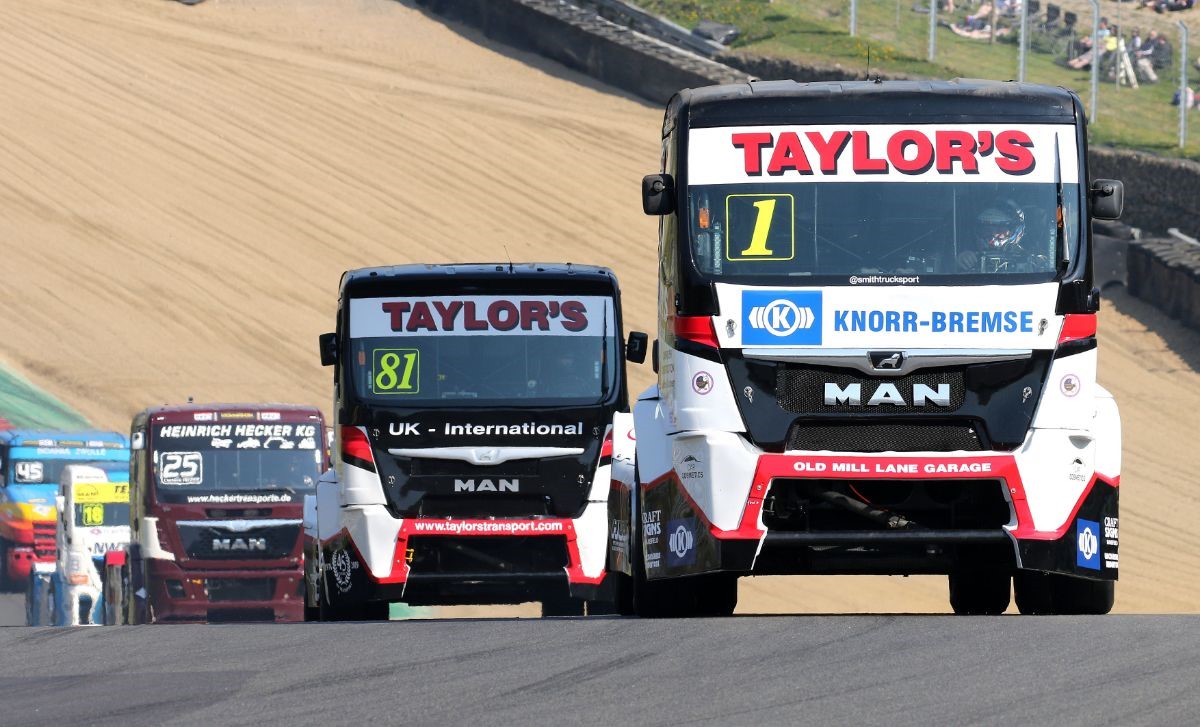 Honours even in Division 1
It’s all to play for in Division 1 as the leading lights of the championship prepare to go wheel-to-wheel once more, with another ultra-competitive entry list confirmed for this weekend’s event.

Reigning three-time champion Ryan Smith kicked off the defence of his title in style with two wins and the MAN driver will be keen to break clear of rival David Jenkins, who he shares the points lead with.

Both Smith and Jenkins were inseparable at round one to the point that nothing could split them in qualifying, both setting identical lap times around the Indy circuit.

Having set the pace last time out, their tussle for top spot looks set to continue at Pembrey, with both having enjoyed plenty of success around the character-filled venue down the years.

Stuart Oliver picked up a win at Brands Hatch whilst there were several other starring performances from drivers throughout the Division 1 ranks too.

Podiums for Mark Taylor, John Newell and Ray Coleman underlined that 2019 is set to be another enthralling year in the championship’s top tier whilst Richard Collett is one that will be seen to bounce back from a frustrating first event.

Division 1 will also see a welcome return to Simon Reid, who re-joins the fray after missing the start of the season.

Champ on top
A familiar name leads Division 2 of the MV Commercial BTRA Championship into Pembrey, with defending champion Luke Garrett making a case for himself that he’ll be a hard man to wrestle the title away from.

Storming to the top of the truck racing mountain last year, the MAN driver has begun his reign in commanding fashion after visiting the podium in every race at Brands Hatch, twice on the top step. 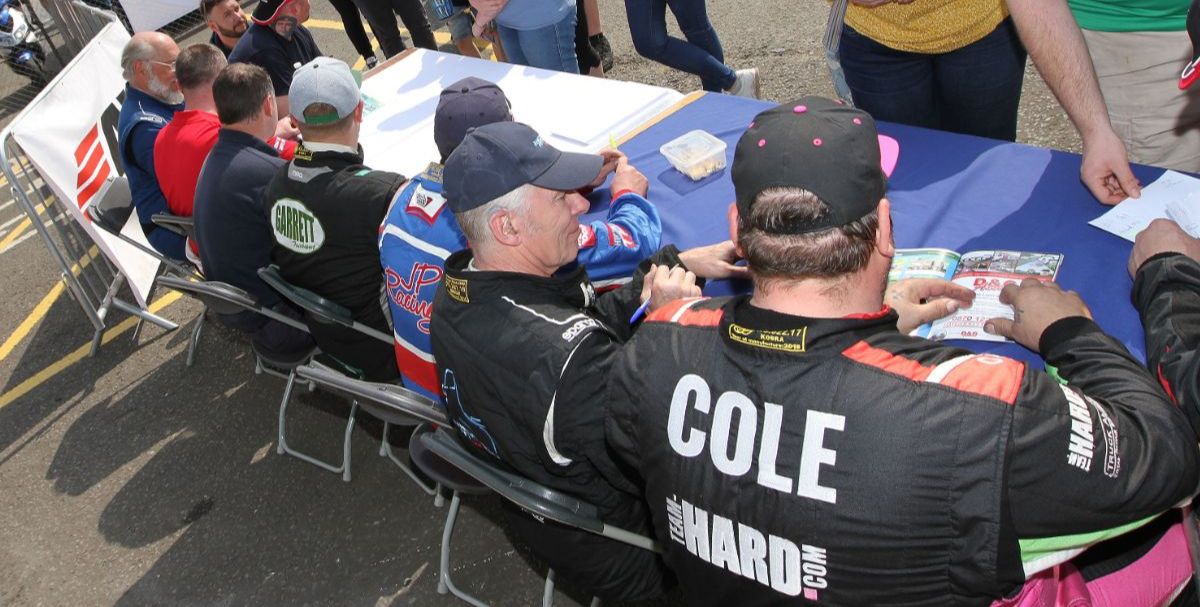 Having made such a strong start the chasing pack will be keen to peg him back this weekend, and the list of contenders to take the fight to Garrett is a long one.

Steve Powell and Erik Forsstrom scored a win apiece at the season-opener whilst Paul Rivett enjoyed a dream full-time series debut as he piloted his WDE Motorsport MAN to a hat-trick of rostrum finishes.

All three will need to match their front-running speed with consistency if they are to take the fight to the current point’s leader, especially around a circuit such as Pembrey which can throw up all sorts of results. 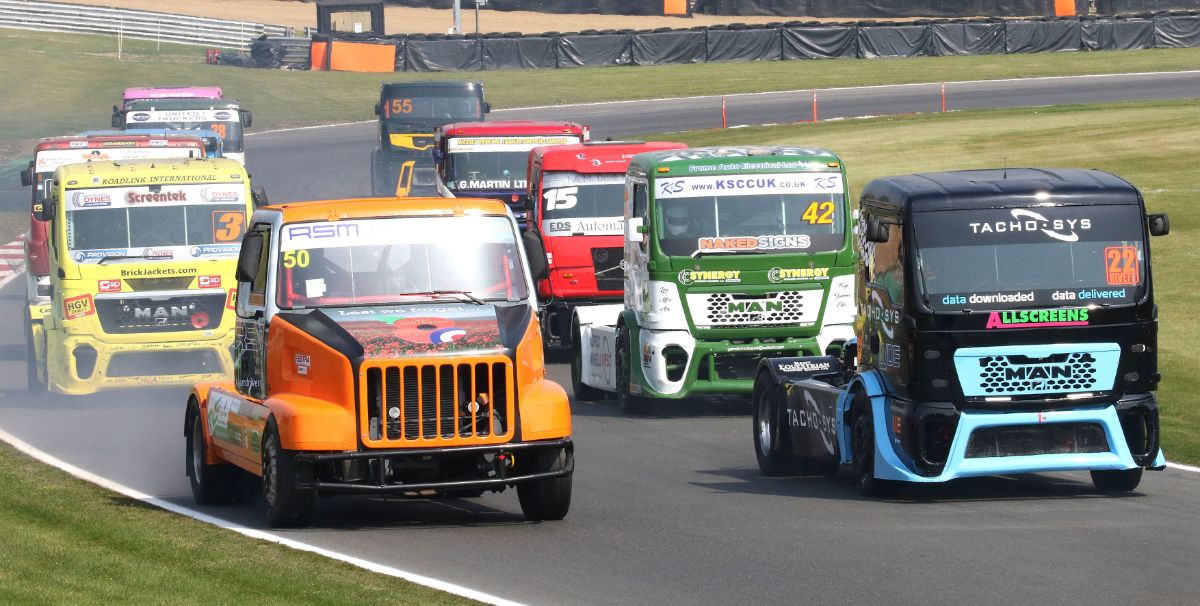 John Powell, Brad Smith, John Bowler and Simon Cole have all been in the thick of the action further down the order and will have their sights set on silverware whilst the likes of Adam Bint and Jim Bennett all can’t be counted out either.

For all of the important information on this weekend’s second event of the season, including links to the timetable, live timing and entry list, click here.

Tickets to Pembrey will be available to purchase on the gate, priced from £15.00 per person on each day. Head to the Pembrey website to find out further information on ticketing. 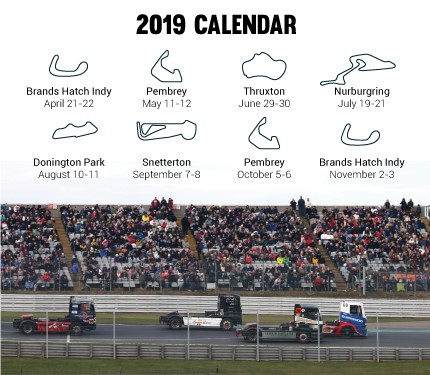