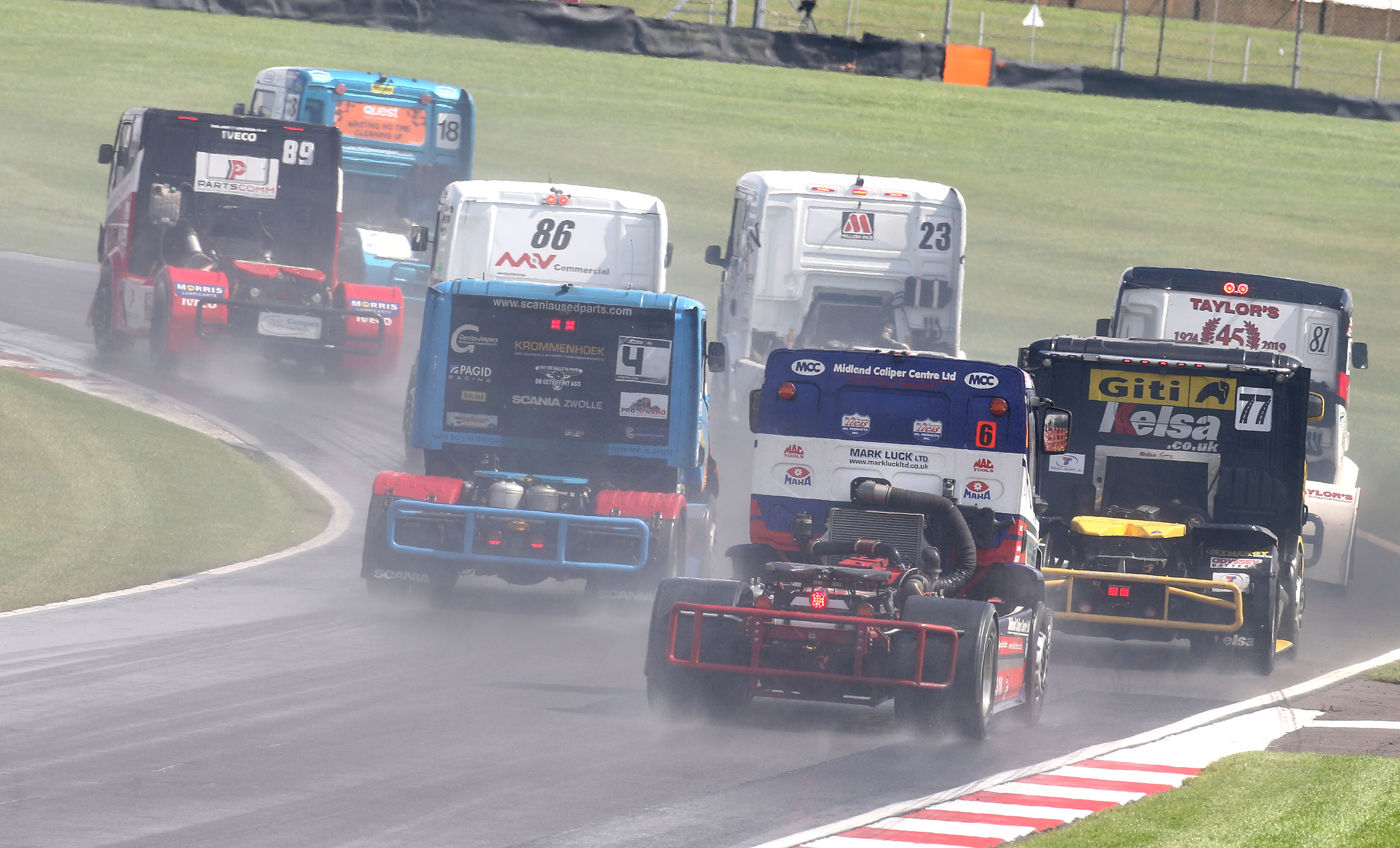 Wind and rain at the Donington race track this weekend created high drama in both Division 1 and Division 2.

Visibility was poor and the track surface slippery on Sunday in Division 1 and Mark Taylor’s truck ended up having contact with Terry Gibbon’s truck which attempting to overtake.

Taylor’s truck went off the track and into the sand and although he kept control of his vehicle at all time he suffered a significant loss of speed and fell behind five competitors.

Footage was pulled from the SmartWitness camera in Mark Taylor’s truck by the Clerk of the Course for a VAR adjudication of the incident. In the footage you can clearly see Mark Taylor losing his second place position and being pushed back to the back of the pack.

SmartWitness cameras have been installed in all of the race trucks from both Division 1 and Division 2 and had a technician in race control to draw down high res video footage of any alleged incident on the day.

Ryan Smith, Simon Reid and Jamie Anderson shared the Division 1 spoils at Donington Park this past weekend (August 10/11) as the MV Commercial BTRA Championship hit the track for the second half of the 2019 season.

In front of a bumper trackside crowd, qualifying for the top tier saw reigning three-time champion Smith set his stall out as the man to beat as he powered to pole position. On a weekend of fine margins, the top five were covered by less than a second as Shane Brereton, David Jenkins, Stuart Oliver and John Newell as finished on the heels of Smith.

Lining up on the front row of the grid, Smith converted pole into victory as he led every lap of the opening encounter to further extend his advantage in the overall standings.

Smith now leads the Division 1 championship with 230 points, David Jenkins is second with 210 and Mark Taylor is in third with 167 points.

Luke Garrett leads Division 2 with 219 points from Brad Smith in second with 160 points, and Steve Powell in third place with 158 points.

SmartWitness are a leading designer and manufacturer of vehicle CCTV and safety systems. They have over 10 years experience in the road transport industry and are the partner of choice for many fleets, insurers and telematics service providers. SmartWitness offer a full suite of products from non-connected dashcams right through to the latest IoT based video telematics solutions, AI powered driver distraction detectors, mulit-camera systems and pro-active collision avoidance systems.