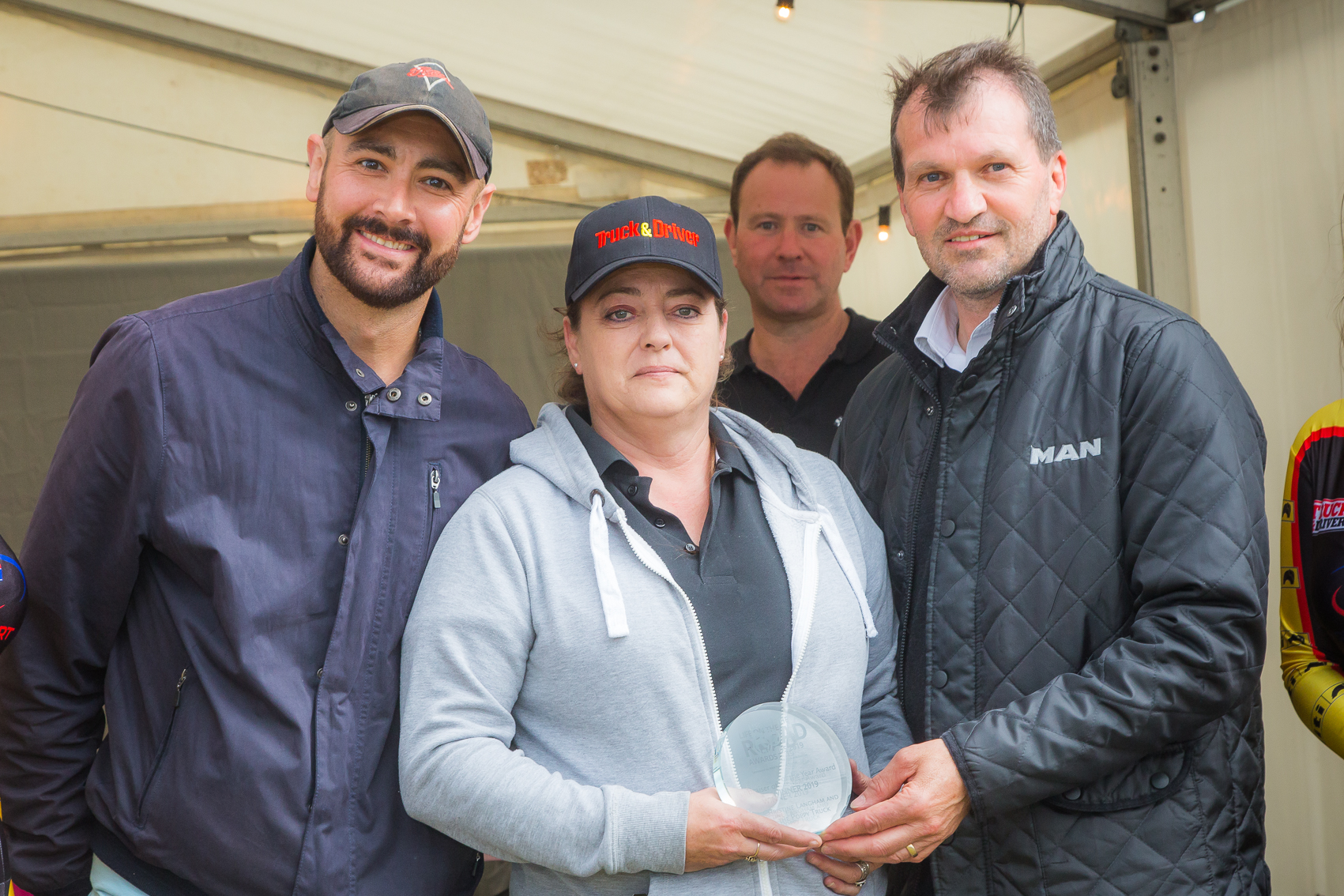 Christine was presented with her award at Convoy in the Park by T&D Editor Dougie, Director Vic Bunby and Simon Wood from sponsors MAN

LIFE ON THE ROAD AWARDS: FUNDRAISER OF THE YEAR

The transport industry is full of people who get behind good causes, raising money and awareness for charity. Christine Langham was working as an owner-driver subbing to Maritime on containers. She took delivery of her plain white 2014 Daf XF SuperSpace and three years ago decided upon a themed livery for it. “It was basically to say thanks to all those who had served our country in the armed forces over the years” she explains, “and it just snowballed from there.”

The Daf – registered 100 years after the beginning of the first World War – is now affectionately known as the “poppy truck” and has been re-deployed from general haulage to full-time charity work. Christine will supply the truck to shows, fairs and events as a promotional vehicle for charity fundraising events, and it’s busy all year round. If she can’t drive it there herself, she has an army veteran take it along for her.

She’s happy to help out any charity, and in recent times has focussed on smaller charities that don’t get as much publicity. “I started off collecting for the Royal British Legion, and today the main charity I help is Forgotten Veterans UK, which helps veterans suffering from PTSD, and assists them as they deal with life after service.”

The truck is unmissable, and is always a talking point at any event so it helps greatly with raising awareness. Christine has been evolving the spec and has now just had the interior airbrushed. “I’m happy to let people climb in and out of it all day, there’s always a lot of interest in it, which in turn helps the charities. When I first got the truck artwork done I had no idea it would become this popular!”

Congratulations to Christine on becoming our first Life on the Road Awards Fundraiser of the Year winner!