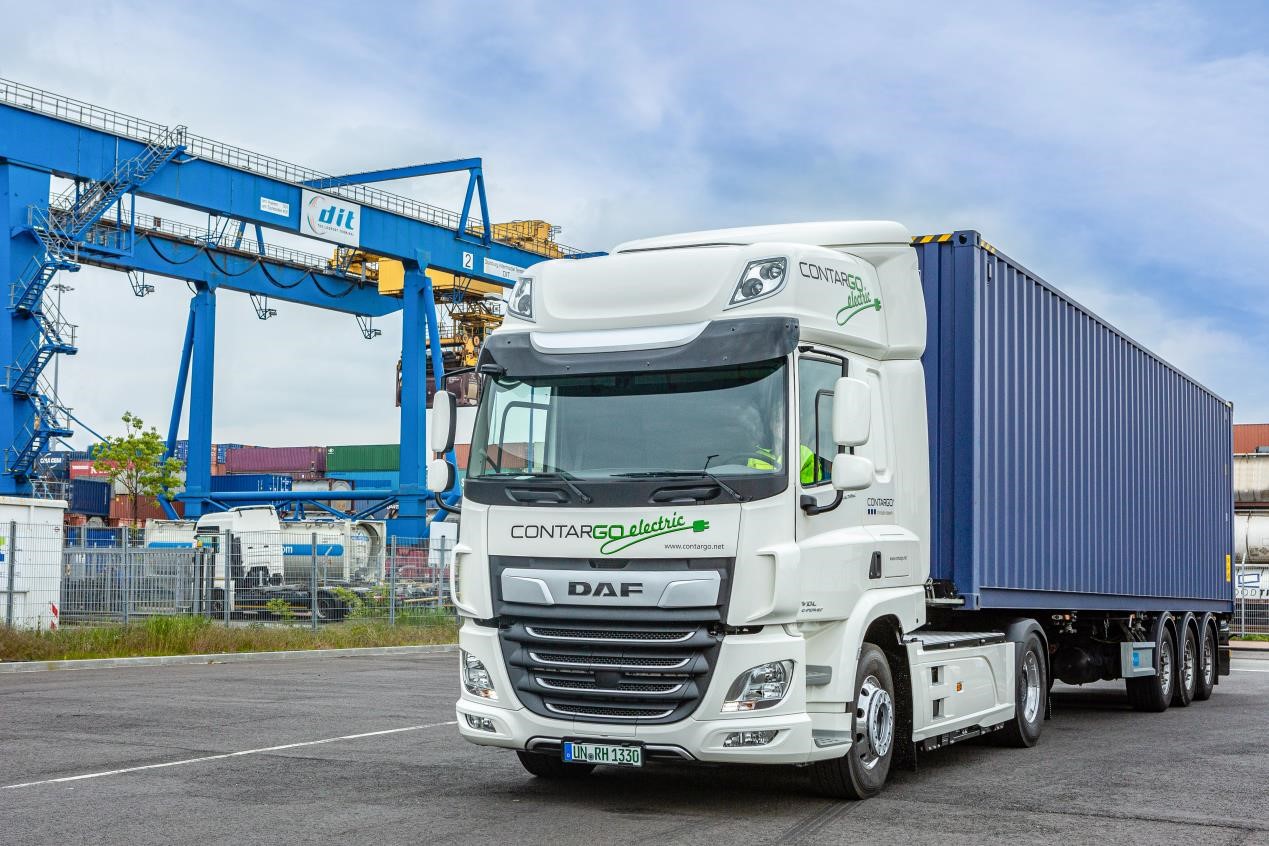 We reported on the new electric DAF CF last year as the first examples went out for evaluation with hauliers in Europe. The trucks have been racking up the mileage, and the results have been good enough to convince DAF to being producing them for sale. They aren’t coming to the UK just yet, but as the Dutch manufacturer continues to make progress with their fully-electric range, it’ll be a matter of “when” not “if” we reckon. The CF really has seen a lot of changes over the years! Here’s the press release…. 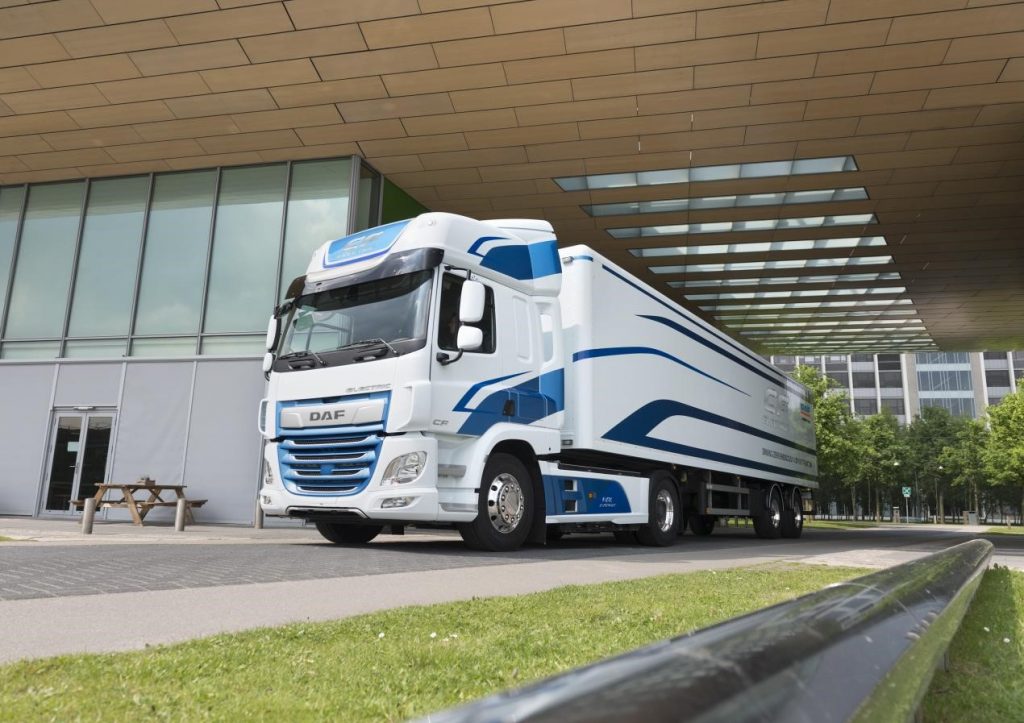 It is one year ago that the first DAF CF Electric was delivered and, during this time, DAF has gained lots of experience with six fully electric trucks. Among other aspects, this has resulted in a version that is internally referred to as ‘Phase 2’ boasting a new generation of software and a new dashboard. 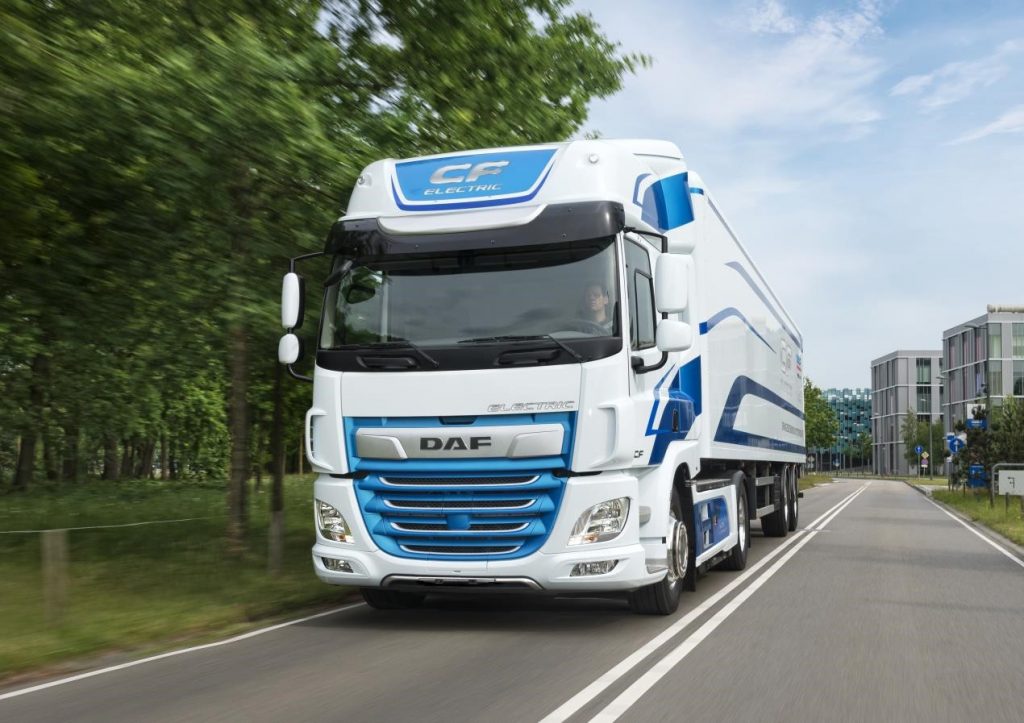 “We have now reached the point where we can start to sell the CF Electric in limited numbers,” said Richard Zink, member of the Board of Management and responsible for Marketing & Sales. “Think of a few dozen units on an annual basis. In order to guarantee excellent quality, we start up production in a controlled way.

“Simultaneously, we can thoroughly build up our service network, step-by-step. The CF Electric tractor unit is now available for customers in the Netherlands, Belgium and Germany’s North Rhine-Westphalia. Depending on the local battery charging infrastructure and after-sales possibilities, sales in other parts of Europe will be considered.”

The use of the CF Electric has helped customers to determine the business case of an electric truck and experience what its use means in daily practice. Where in the first few weeks, they only used a limited part of their CF Electric’s 100-kilometre range, some transport operators now drive around 250 kilometres a day with the vehicle. “It is a matter of planning your trips cleverly,” said Richard Zink. “The ability to quickly charge the batteries – with the right equipment fully charged in just over 30 minutes – means that additional kilometres are available quickly if required.

DAF customers Jumbo, Simon Loos and Tinie Manders Transport from the Netherlands and Rhenus Group from Germany all have a CF Electric in their fleet. Also at Tinie Manders, the electric truck is used very intensively: the tractor has already done more than 30,000 kilometres and runs seven days a week from six in the morning until midnight. Most are short trips in the Eindhoven region.

“The CF Electric is as reliable as any other DAF truck”, says Eveline Manders, co-director of Tinie Manders Transport. “Planning and driving an electric truck requires a different mindset. You have to make sure that the route fits the truck – and not the other way around. Moreover, in order to optimally use the truck, it is important that you can charge the batteries during loading and unloading. If you take these two matters into account, the electric truck can be a great alternative for urban distribution.” 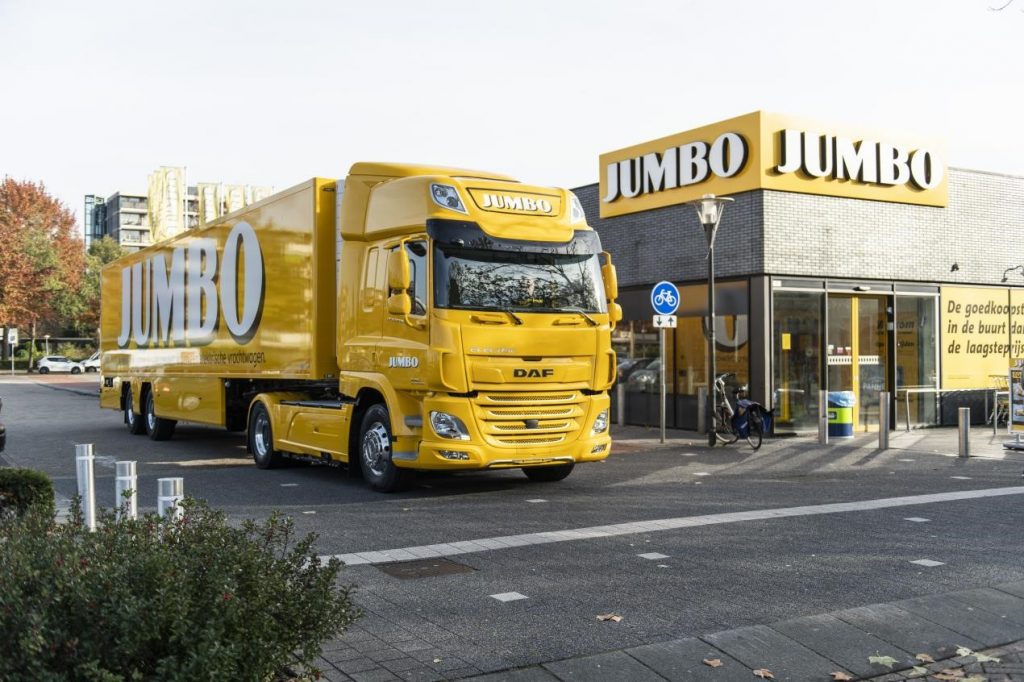 About the DAF CF Electric

The DAF CF Electric is a fully electric 4×2 tractor, developed for distribution applications in urban areas with single or double-axle trailers and GVWs up to 37 tonnes. The truck is based on the DAF CF – ‘International Truck of the Year 2018’ – and operates fully electric, thanks to VDL’s E-Power Technology. The core of the intelligent powertrain is a 210-kilowatt electric motor, which receives its energy from a lithium-ion battery pack with a total capacity of 170 kilowatt-hours. The CF Electric has a range of approximately 100 kilometres, making it suitable for transporting high volumes within urban distribution.