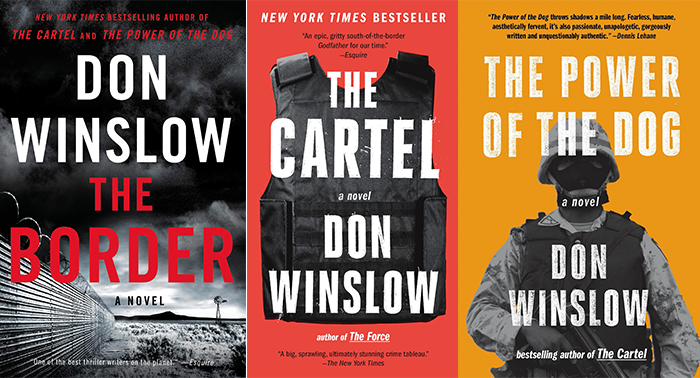 Don Winslow’s trio of books on the American ‘war on drugs’ and the cartels who supplied them came to a conclusion earlier this year with the final instalment, The Border. Any of the three can be read singly, but it makes more sense to start with the first book, The Power of the Dog, and then the second of the trilogy, The Cartel. Many of the stories are factual; Winslow did extensive research on both sides, the US politicians and drug enforcement authorities and the ruthless Mexican cartels. On the American side, our main protagonist is Art Keller, who works for the Drug Enforcement Administration and gets heavily involved in fighting the drug trade, often using unconventional methods. On the other side is Mexican druglord Adan Barrera, who climbs to power as head of the Sinaloa Cartel. There are many, many fascinating sub-plots and supporting characters across all three books, each one ending in a tremendous climax. Winslow really nails the human aspect, the many and far-reaching effects of America’s insatiable appetite for drugs, whether on street kids in Guatemala to undercover cops, high-class call girls, New York gang members or the end-user heroin addicts shooting up in vans.
There is love, sex, gruesome violence, heartbreak, corruption and hope – the pace never lets up for a minute. I stayed up way too late too many nights reading these, and I’ll soon be revisiting the first in the series now I have the context across all three.
The three books are a staggering achievement – I can’t recommend them highly enough. Don Winslow is one of the greatest authors of our time. Dougie Rankine

The Power of the Dog, The Cartel and The Border, all in paperback, by Don Winslow and published by Penguin Random House. Search on Amazon or go to don-winslow.com