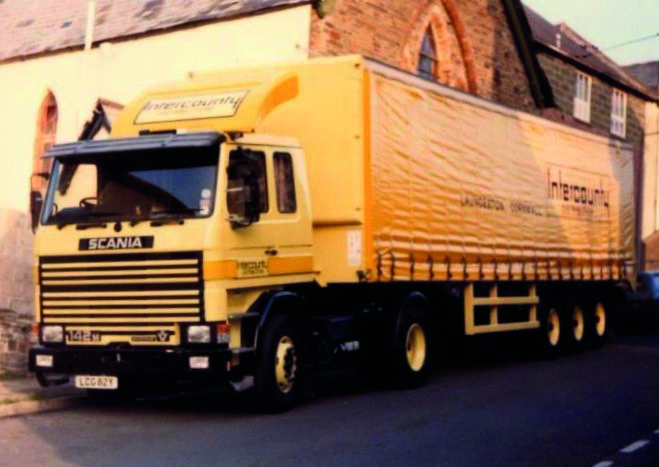 Gavin Hicks got in touch after listening to the truck and drive podcast-which you should ALL be doing every week, by the way-and heard we were talking about doing some extra retro truck content. Gavin said: “ I thought I’d send you these iconic trucks from the 80s.

These were from my uncle’s company, Intercounty Distribution of Launceston, Cornwall. The Scania was one of the very 1st to enter service in the Southwest, bought from Bovee commercials before there was a Scania dealer in the south-west. It was a 142V8 intercooler. It ran from Launceston to Hereford pulling for bloomers cider, driven mostly by my uncle and company owner Nick Coombes on nights.

He once told me that if you hit the bottom of a Gordano bank on the M5 at 75 mph fully loaded, she’d still be pulling 70 mph at the top!”

“ The D-reg Powerliner was also one of the very first ones, a 1644 EPS Powerliner with the pig of the gearbox trying to get it in reverse ha ha ha! To finish off is the Merc 1748 new version Powerliner which was supplied by Spartatrucks in Exeter. All high power trucks for their time and my uncle Nick Coombes was always wanting to be the first for running new spec and high-powered trucks, always had the cream gear to run with at all times.” 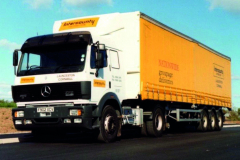 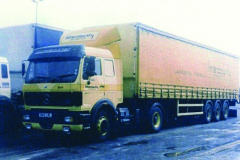 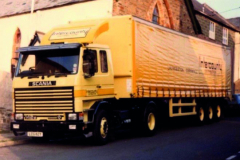