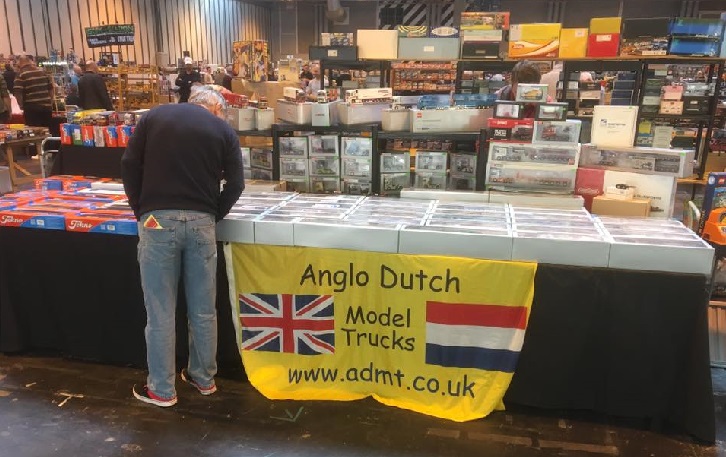 Anglo Dutch Model Trucks will be exhibiting its range of scale models of trucks at Convoy in the Park on July 22-23.

Steve Bowden is the man behind Anglo Dutch Model Trucks – and is a true case of an enthusiast turning his hobby into a business.

He began collecting model trucks as a teenager and continued collecting over the years, as he become a professional truck driver, going all over Europe.

But he always maintained his love of models and in 2009 started Anglo Dutch Model Trucks. By 2011, he had the rights to commission 1:50th Scale Diecast Model trucks with WSI Models BV.

Now, the company produces replica models for companies and collectors alike, and prides itself on its attention to detail.

You can see and will have the chance to purchase the company’s range of models at Convoy in the Park on July 22-23 at Donington Park. For more information on the event and how to book tickets, go to www.convoyinthepark.com