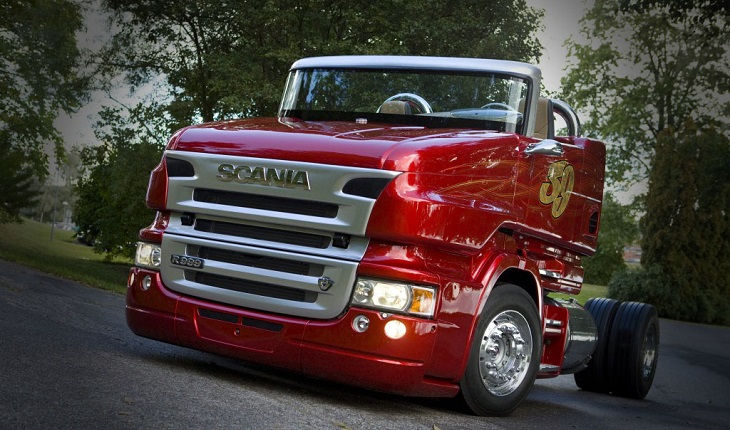 Customised Scania show trucks Chimera and Red Pearl will be appearing at Convoy in the Park at Donington Park on July 22-23. It has been confirmed.

The Scanias, which have been customized by Svempas in Sweden, travel the world to shows and exhibitions.

Red Pearl (pictured) was originally a Scania T500, but Svempas have removed the roof and reduced the windscreen by 35cm. Special special body modifications, made by Laxå Special Vehicles, based on sketches by Jan Richter have also been added.

Inside the cab, there are redressed V8 leather seats have been produced by Bilskräddarna (‘The Car Tailors’) and there is a transparent plexiglass in between the seats, allowing a full view of the massive engine, featuring CNC-milled and full covered valve caps.

Meanwhile, Chimera is built for speed. It has a Scania V8 engine that initially delivers 1,460 hp and allows it to travel 0–100 km/h in 4.6-5 seconds. Its exposed engine and engineered design it takes styling to the extreme.