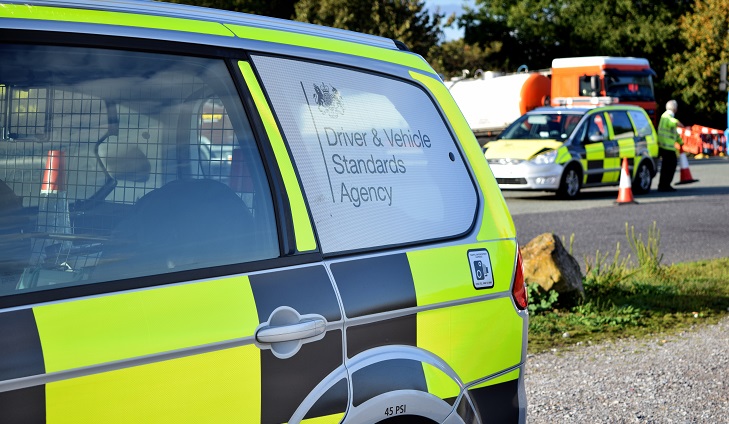 The DVSA has been given powers to issue fixed penalties for drivers hours offences and breaches to weekly rest rules that took place in the previous 28 days.

From 5 March, DVSA traffic examiners will start issuing the on-the-spot fines for historic offences. Examiners will be able to issue fines for five offences in a single check.

With fines of up to £300 for each offence a driver could be liable for £1,500 in a single stop whether the offences were committed in the UK or abroad. DVSA will also have the option to immobilise the vehicle.

The potential fines will apply to UK and foreign truck drivers. Foreign drivers will have to pay their fine before continuing their journey and have their vehicle immobilised until they do pay.

Currently, the DVSA can only fine drivers for offences committed on that day and ongoing offences, like manipulating tachograph records.

“These tougher fines will help us to take stronger action against any drivers or operators who break drivers’ hours rules and will help make our roads safer.

“There’s no excuse for driving while tired. The results of falling asleep at the wheel of 40 tonne lorry can be devastating to families and communities. Any drivers breaking these rules is putting other road users at risk and could face losing their licence and livelihood.

James Firth, the Freight Transport Association’s head of licensing policy and compliance information, added: “For some years, DVSA officers have been virtually powerless to take effective action against non-UK HGV drivers who may have committed a string of offences in the days and weeks before the vehicle is stopped.

“These new powers mean the enforcement authorities will be more able – and more likely – to take action against all drivers who are found to have repeatedly flouted these critical road safety laws.”

Richard Burnett, chief executive of the Road Haulage Association, also welcomed the move, and renewed his call for more designated parking for trucks. “Whilst we support action against firms who deliberately flout drivers’ hours rules, we also call on the Government to address the urgent need for more lorry parking areas so that drivers have somewhere secure to rest.”