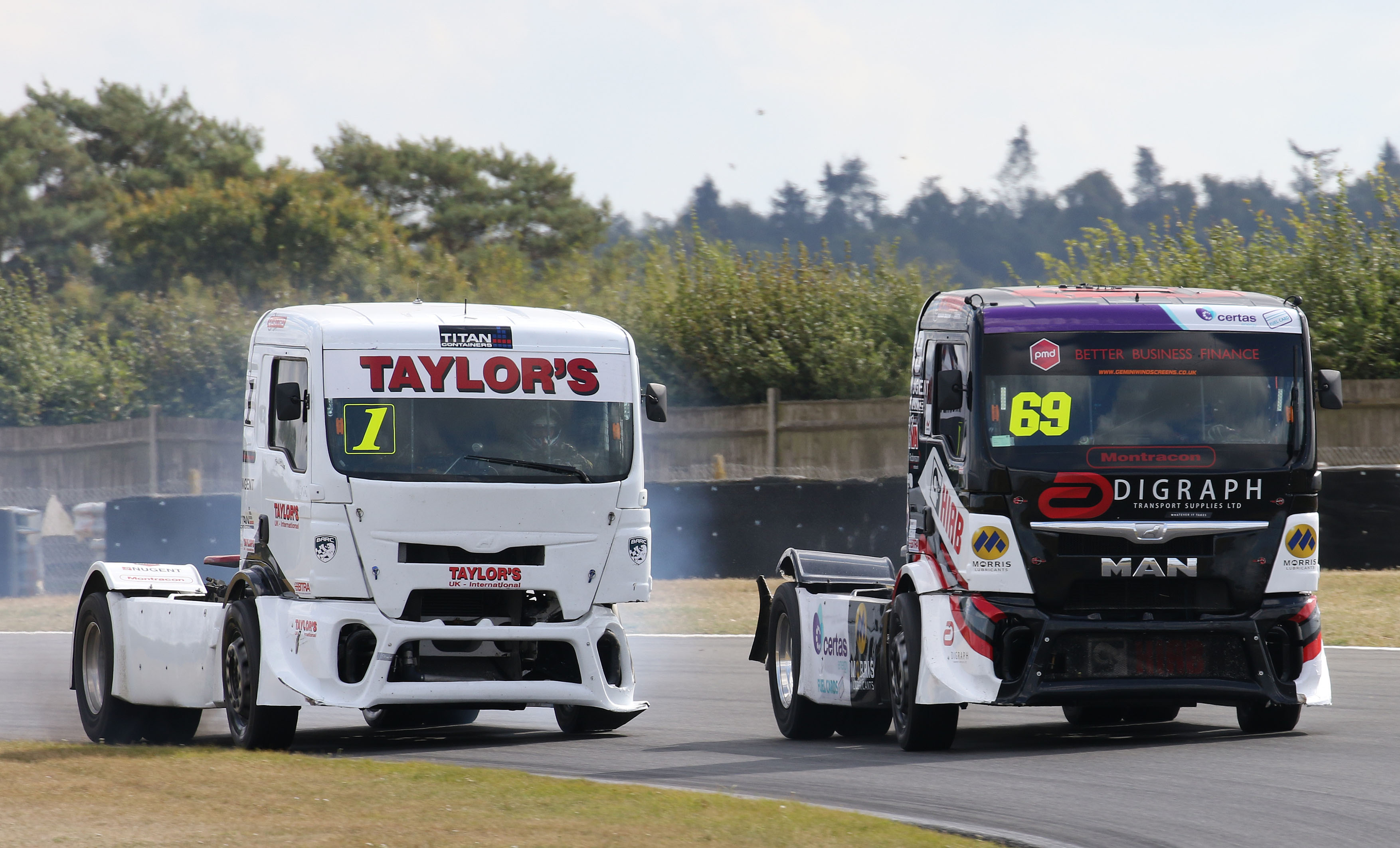 Fireworks are set to fly both on and off the track at Brands Hatch this coming weekend (November 2/3) as the MV Commercial BTRA Championship brings the curtain down on its 2019 season.
Making a welcome return to the Kent venue, scene of the season-opener back in April, a total of eight blockbuster races will headline what is being billed to be an unmissable weekend of entertainment – with the on-track racing complimented by a fireworks display on Sunday night.

Following seven action-packed events and 27 frenetic races, a bumper entry list of heavyweight behemoths from Britain’s biggest racing series will undoubtedly make their mark across both days around the 1.2-mile Indy circuit.  There is plenty still up for grabs too, with the Division 1 title set to go down to the wire and outright honours on the line in Division 2 as well. Judging by the narrative of 2019 already, those in attendance are in for a feast of adrenaline-fuelled excitement from the get-go.

Title Tussle
Brands Hatch will play host to a titanic title tussle in Division 1 this weekend as Ryan Smith and David Jenkins settle their season-long battle – but only one of them can walk away with the coveted crown.  Three-time reigning champion Smith finds himself in the pound seat entering the weekend, leading the standings by a healthy margin of 37 points. Bidding to clinch a fourth consecutive title, the MAN driver has been at his brilliant best once again to chalk up an impressive 18 victories. Tasked with trying to stop the Mansfield racer from doing just that is former champion Jenkins, who has been the epitome of consistency for a majority of the season. Steadily banking point, ‘Jenks’ will be aiming for a big performance to overturn the deficit to Smith and take the title.

Whilst many will be focused on the top two in the championship, a whole host of other Division 1 competitors will out to steal the show and end the season on a high.  John Newell, Mark Taylor, Simon Reid and Richard Collett have been regular fixtures towards the front of the field, with everyone but Taylor having tallied a victory too. Separated by just ten points, particular interest will be taken in the duel between Newell and Taylor as they fight for third place overall. Elsewhere, Ray Coleman makes his latest appearance on the grid whilst there are welcome returns for multiple champion Stuart Oliver and Donington Park race-winner Jamie Anderson. Terry Gibbon, Frans Smit and Cees Zandbergen will be others to cast a watchful eye over too.

Finale Flurry
Despite Luke Garrett already securing an unassailable lead in Division 2 points, there is still plenty to play for as the season draws to a close this weekend at Brands Hatch. Having at times been in a league of his own this year, Garrett made it back-to-back titles in the fiercely competitive class at Pembrey last time out to become a two-time champion.  Powering his MAN to an unrivalled 12 race wins so far, many could expect the newly crowned victor to take it easy but that just isn’t in Garrett’s make-up; he’ll be aiming to sign off a memorable year off with further silverware. Behind Garrett is where the real spectacle of the weekend is set to unfold as five drivers go wheel-to-wheel to finish the season as vice-champion. A total of 46 points cover second to sixth places and with more than 60 points on offer, all bets are off. 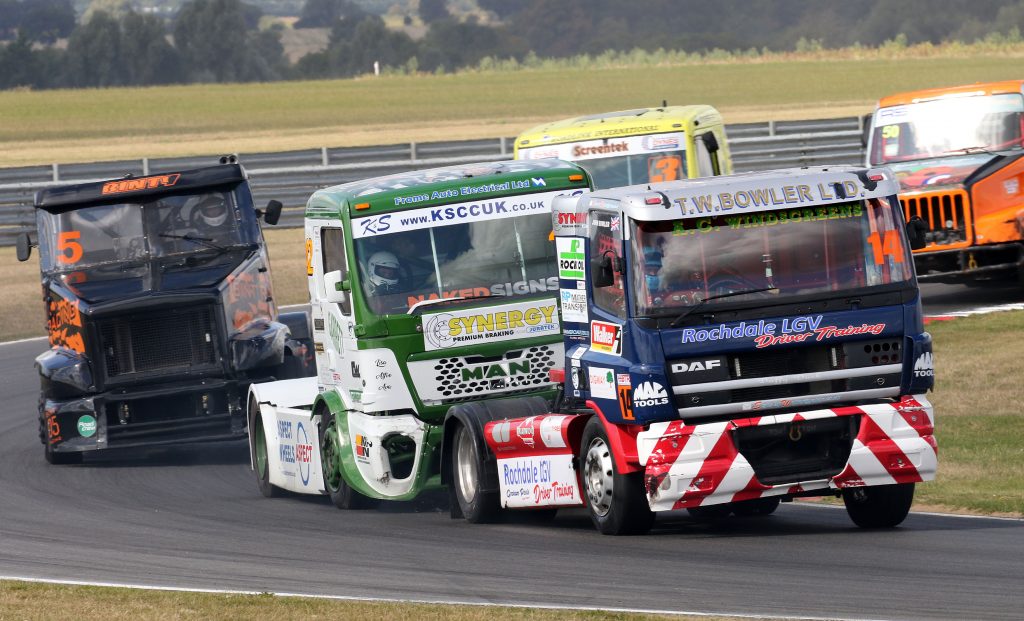 Steven Powell, Brad Smith, Paul Rivett, John Bowler and John Powell have all been at the sharp end of the grid throughout the season and four pulsating races will shake out the final order – what that order will be however is anyone’s guess. Other drivers that could star include local ace Simon Cole in his distinctive Mercedes whilst Erik Forsstrom – a winner at the season-opener – could also make his presence known. Former champion Adam Bint is renowned for never backing down and a trip to the podium is long overdue. Jim Bennett, Frans Smith, Willem Breedijk, Paul McCumisky and Graham Powell will also be in action whilst Craig Evans will debut.

Timetable & Tickets
With eight MV Commercial BTRA Championship races alongside a bumper supporting cast of British Automobile Racing Club championship entertainment on the billing, this weekend’s event at Brands Hatch isn’t to be missed. To find out more information on what is happening around the Kent venue, on and off the track, during the weekend – click here.
Head to https://bit.ly/2qzEJnT to find out the latest ticket prices.