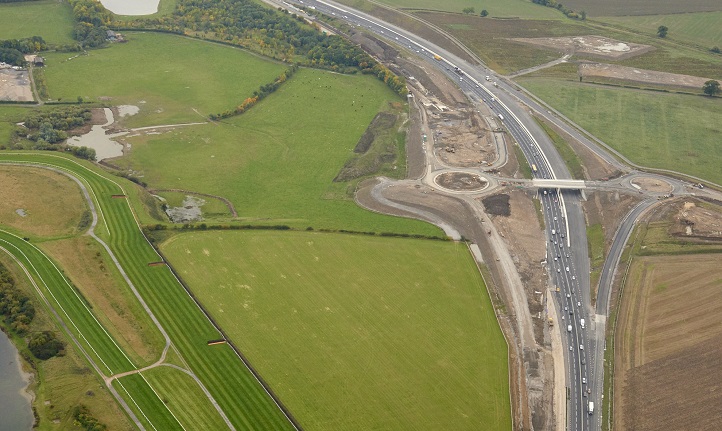 Drivers will benefit from extra capacity and improved road information on a 6-mile section of the A1 between Leeming and Catterick from Friday (22 September).

Once finished, the full scheme between Leeming and Barton will complete the missing link of motorway between London and Newcastle, using the M1 and A1 (M), as well as improving journey times and increasing safety.

Highways England project manager, Tom Howard, said: “We are pleased to be able to open this section ahead of the main completion to give drivers the benefits of motorway standards as well as smoother and safer journeys.

“This is an important milestone and means we are now halfway to completing this major scheme on this vitally important route.

“Over the autumn period our focus will be on the remainder of the project including completing the local access road between Scotch Corner and Brompton-on-Swale and opening the new Fort Bridge which will provide and new east – west link to Catterick for pedestrians, cyclists and drivers.”

Complicated ground conditions have impacted on the method used to stabilise the embankment near the River Swale. This has resulted in an extension to the planned completion date. Highways England is working with contractors to resolve the issue as quickly as possible.

When fully open, journey times between Leeming and Barton are expected to be reduced by about 20%.