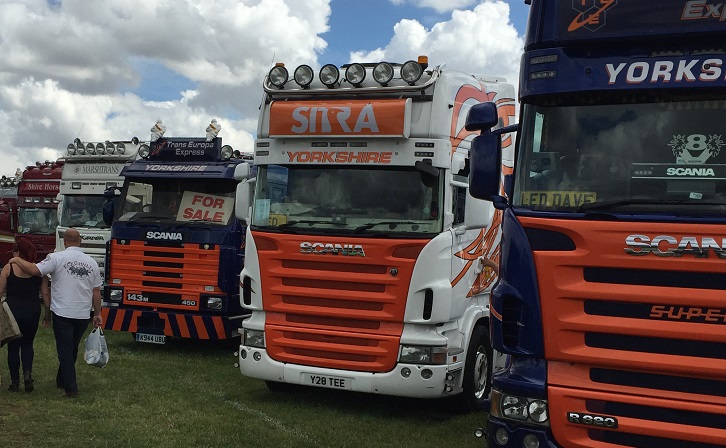 Scania broke the record for the most trucks of the same make in one place at Convoy in the Park last weekend.

The previous record was believed to be 400, but there were 421 Scanias counted at Convoy in the Park, which was held at Donington Park. Everyone who participated received a certificate proving that they took part.

Many of the Scanias were parked up in the exclusive Scania Village. In addition, Scania had brought examples of its range of Next Generation trucks and had its Svempas-customised Red Pearl and Chimera models on display.

Overall, there were more than 1000 trucks – of all makes and ages – at Convoy in the Park. These included heavily customised show trucks, as well as many working trucks that were back on the road on Monday morning.

Elsewhere at Convoy in the Park, the ‘Spirit of the Show’ award – which was for the truck and driver who were judged to epitomise the ethos of the event – was given to husband and wife team Dave and Deborah Booth.

In all, there were 26 prize categories at Convoy in the Park – the full details of the winners and runners-up can be found here.

A full review of Convoy in the Park will be published in the September issue of Truck & Driver.