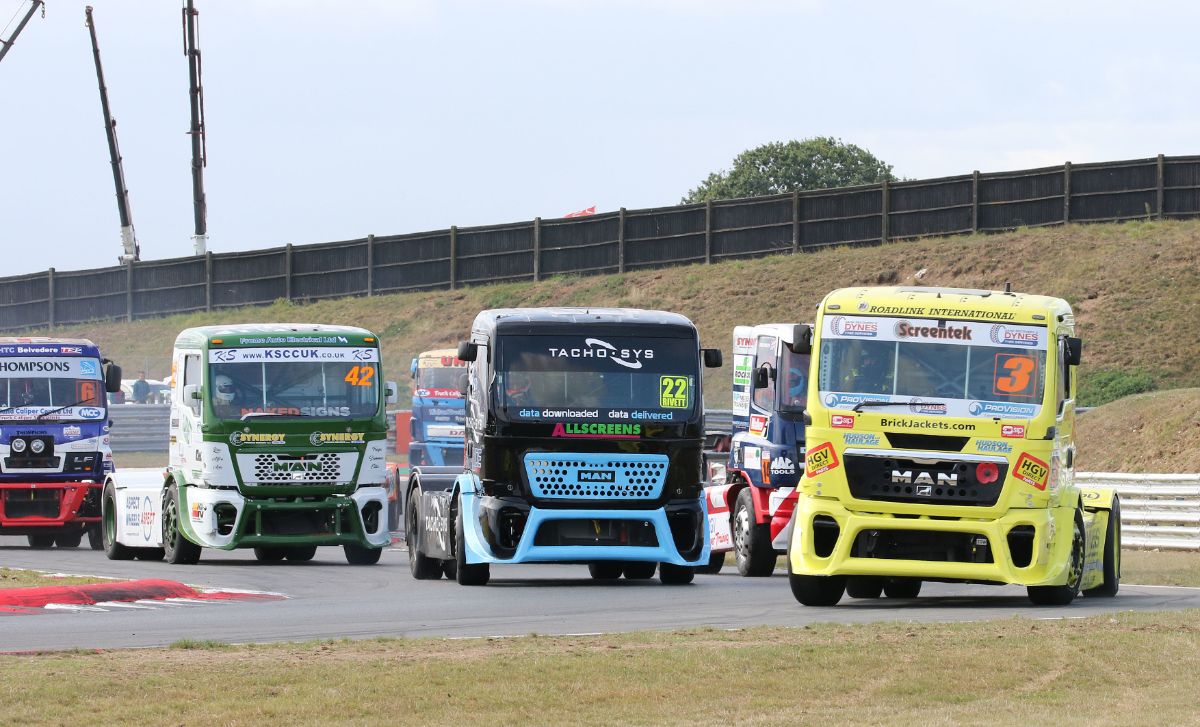 It’s the penultimate event of what has been another thrilling campaign!

Headlining one of the venue’s biggest meetings of the 2019 season, Autumn Truckfest, the championship is now on the home straight towards November’s finale.

Back in May, the titans of truck racing put on a star-studded show for an appreciative bumper crowd and more high-speed thrills are likely to be produced this time around once again.

Overall title honours in both Division 1 and Division 2 remain hotly disputed as it stands and with a host of protagonists all vying to be crowned champion, all bets are off in terms of who will reign supreme in South Wales. 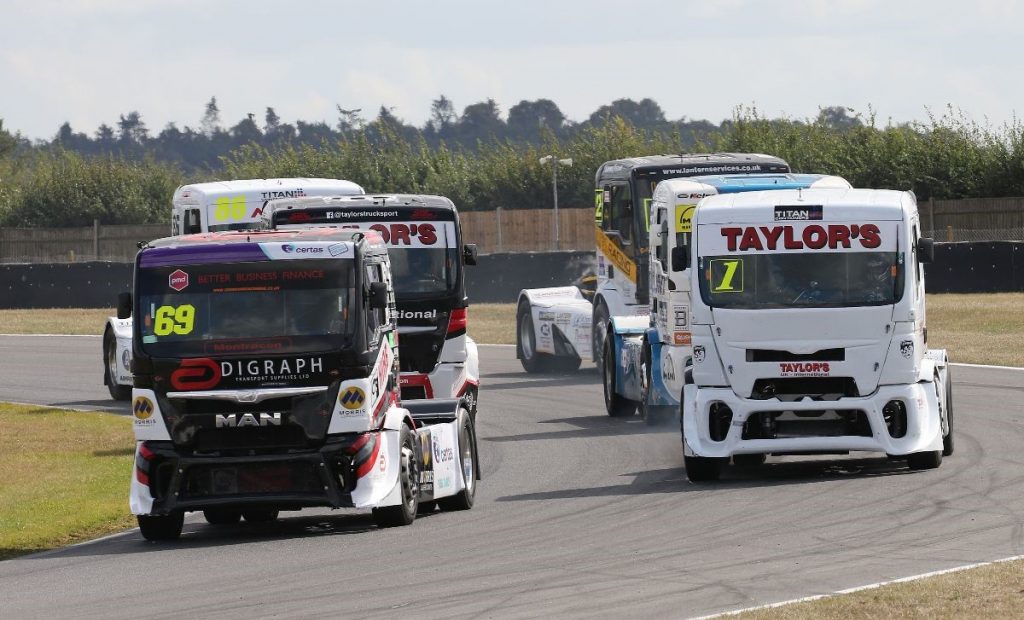 GAME ON IN DIVISION 1 TITLE RACE

The battle for supremacy at the summit of Division 1 of the MV Commercial BTRA Championship is set to further intensify this weekend at Pembrey.

In what has been an action-packed campaign so far for the heavyweight behemoths, the fight to lift the coveted title looks set to boil down to a straight fight between Ryan Smith and David Jenkins.

Bidding to write his name into the history books by winning a fourth consecutive Division 1 title, Smith has enjoyed another scintillating season so far and finds himself in the pound seat arriving in South Wales holding a 16-point lead.

Underlining his title credentials with blistering speed, the three-time championship winner has at times been in a league of his own. Ten wins on the bounce during the middle-part of the season has aided his title tilt but the Mansfield racer knows he can’t rest on his laurels if he is to become a four-time champion.

Jenkins on the other hand has been steadily chipping away, wracking up the points. Doubling his win tally to four last time out at Snetterton, the former champion is now within striking range of his MAN counterpart so expect ‘Jenks’ to be giving it his all to close the deficit. 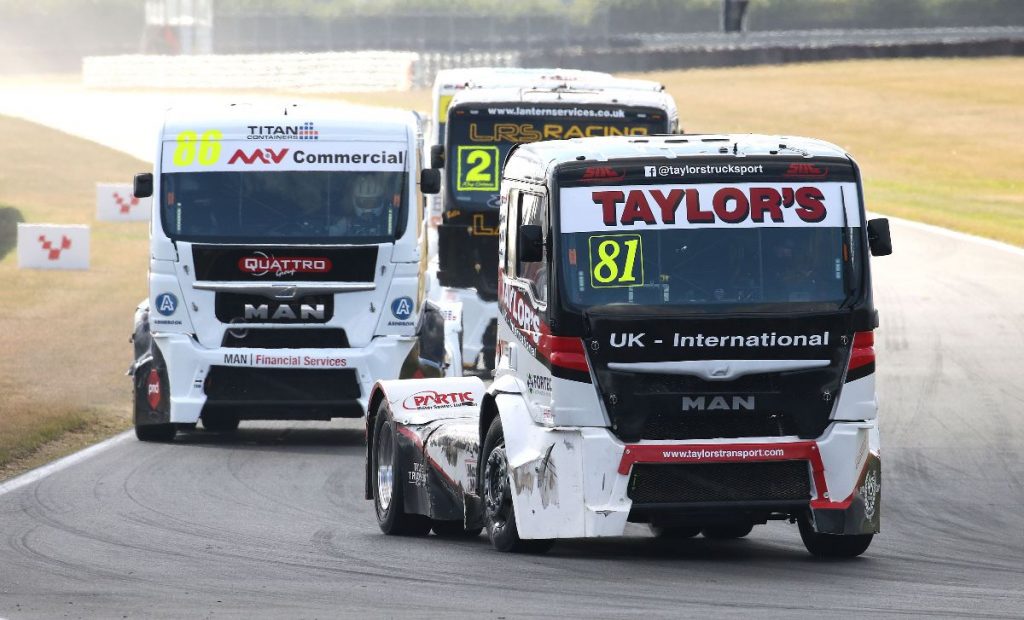 Beyond the top two sit a trio of drivers that have been permanent fixtures towards the sharp end of the grid and are all chasing their first wins of 2019.

Mark Taylor, John Newell and Ray Coleman have all tallied podiums during the season but none of them have been able to scale the rostrum. Keep an eye on all three as they attempt to banish that statistic.

Richard Collett meanwhile put his early-season woes behind him at Snetterton to take a popular first win of the season and with momentum on his side, he’ll be keen to build upon it over the course of the weekend.

Simon Reid is another driver to have scaled the top step of the podium, doing so at Donington Park, and the Iveco driver shouldn’t be discounted from making his mark either.

Elsewhere, Tom O’Rourke’s inaugural BTRA season has been one of steady improvements and morale undoubtedly set to be made as the weekend progresses. 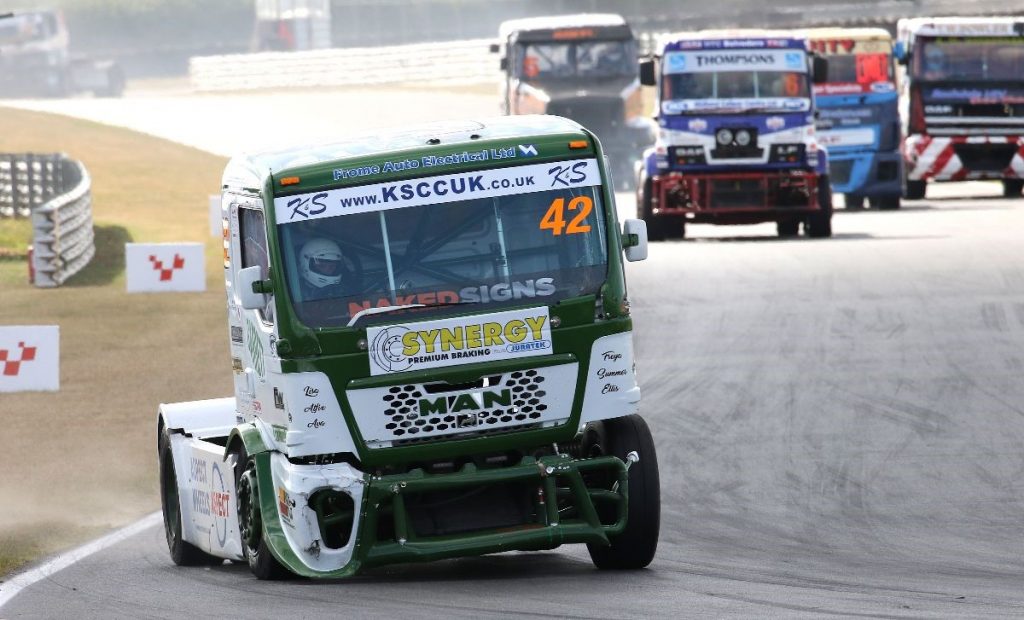 THE CHASE IS ON IN DIVISION 2

It’s the business end of the season and in Division 2 of the MV Commercial BTRA Championship, the chase is very much on to catch reigning champion Luke Garrett.

Powering his way to the title last year, the MAN driver is currently on course to successfully retain his crown – and he could take a big step towards doing just that here at Pembrey this weekend.

Tallying 11 victories so far, Garrett has paired his undeniable speed with consistency to build up a colossal 72-point lead in the standings over his nearest challenger, and the championship pace-setter is showing no signs of letting up with just two events left to run.

Bidding to close the gap on the defending champion are four drivers that are separated by a mere three points; John Bowler, Brad Smith, Paul Rivett and Steve Powell.

All looking to stake their claim, the front-running quartet will be fired up to close the gap to Garrett and thrust themselves firmly into the title picture as the Brands Hatch series finale comes into view. 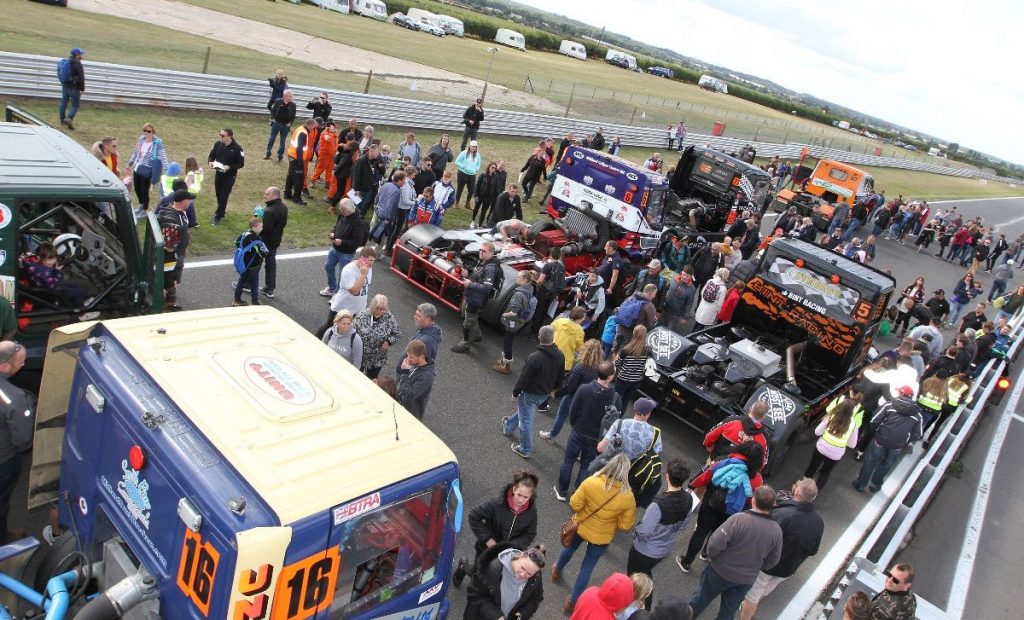 John Powell and Erik Forsstrom have been in the mix towards the front of the field throughout the season too, with the latter storming to victory in the season-opener back at Brands Hatch.

Former champion Adam Bint has endured a varied campaign at the wheel of his Volvo White Aerodyne and will be hoping for better luck this time around as he continues to search for a first win of the season. One thing is for sure, Bint can never be counted out.

Simon Cole meanwhile is another driver to have suffered a rollercoaster campaign and the Mercedes driver will be looking to recapture the form he enjoyed in South Wales earlier in the year when he netted a podium.

The likes of Jim Bennett, Trevor Martin and Graham Powell have been regular fixtures on the Division 2 grid throughout the season and they too will be worth keeping an eye on over the course of this penultimate weekend.

This weekend’s penultimate event of the season from the home of Welsh motorsport will feature no less than eight titanic MV Commercial BTRA Championship races over the course of the two days.

To view the full event timetable, and more, for the weekend; visit https://www.barc.net/event/btrac-pembrey-2/.

More information can be found at http://pembreycircuit.co.uk/racing/british-trucks-october.