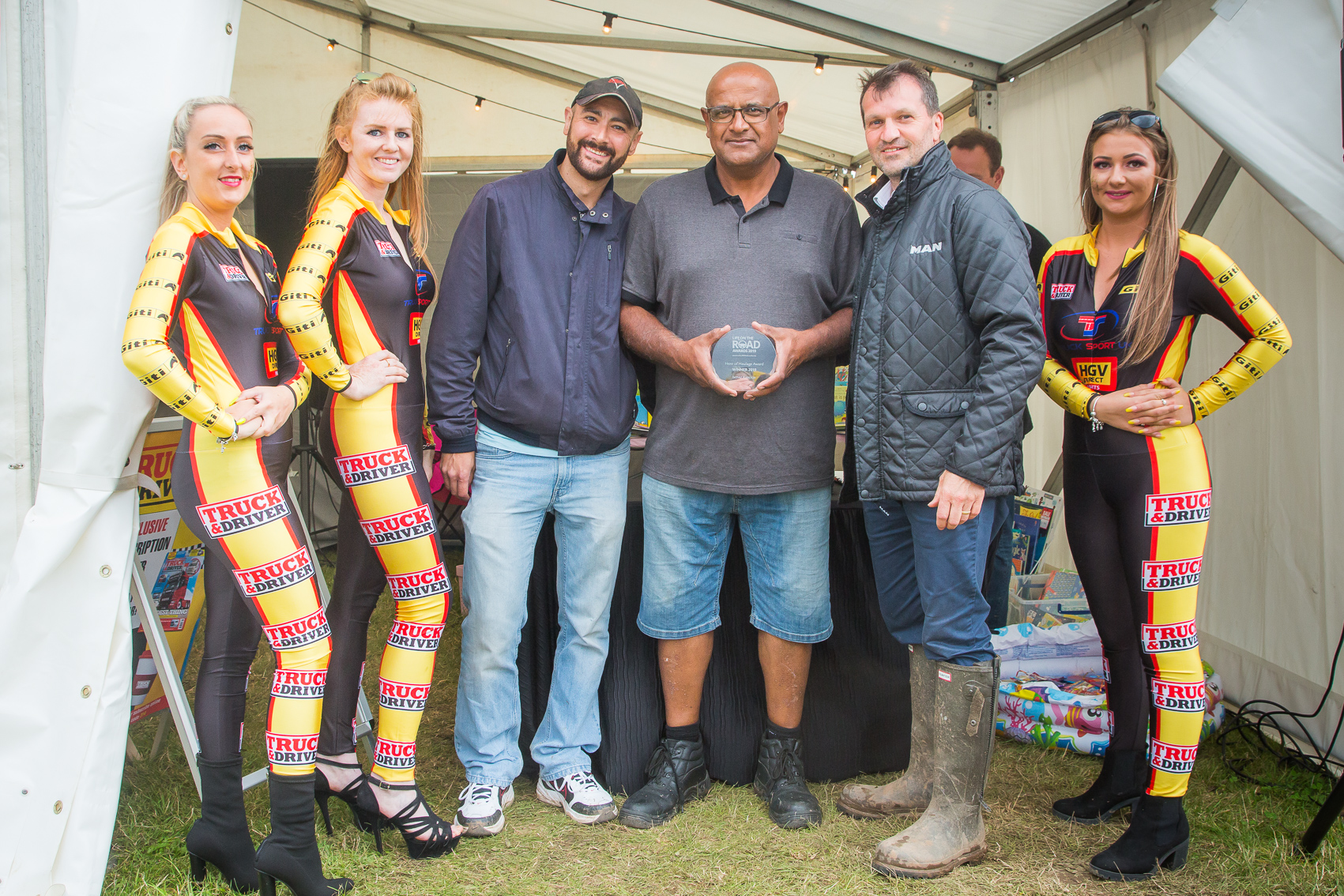 LIFE ON THE ROAD AWARDS SPONSORED BY MAN –  HERO OF HAULAGE

The Hero of Haulage category was a tough one to decide; there are a lot of great drivers out there making a difference in people’s lives every day. Our winner received a number of nominations, for his help and support of friends and colleagues, and charity work. Imtiaz Karolia – known to everyone as Charlie set up the trucker’s group TruckMateUK which has over 5000 members on Facebook and it’s one of the friendliest communities you’ll find.

We think it’s best to let you read some of the words of the people who nominated him for this award, as they say it better than we ever could! “Charlie goes above and beyond to help other truckers and is very active in fundraising. Last year he raised thousands for the British Heart Foundation and this year is raising money for MacMillan and also raising money for defibrillators in truck stops. The man never stops and is always there for anyone that needs help! He’s an absolute diamond and deserves a medal.”

“Just one very incredible non-stop loveable kind-hearted human that goes above and beyond any call of duty. Everyone has so much love and respect for him.”

“He basically is there for all the drivers if one calls him with a problem he there for them, if he can do something to help he will; from visiting someone who is ill, doing a collection if someone is having financial hardship even giving his own money to someone in need. Rallying all the drivers to send cards from all over to someone who is ill and loves trucks. He puts his heart and soul into fundraising organising truckpulls, a truck show to name just a few.”

Charlie and his friends from TruckMate performed a truckpull at Convoy in the Park and you can see it on our YouTube video from the event. We will be running a follow up article on Charlie in the magazine soon.