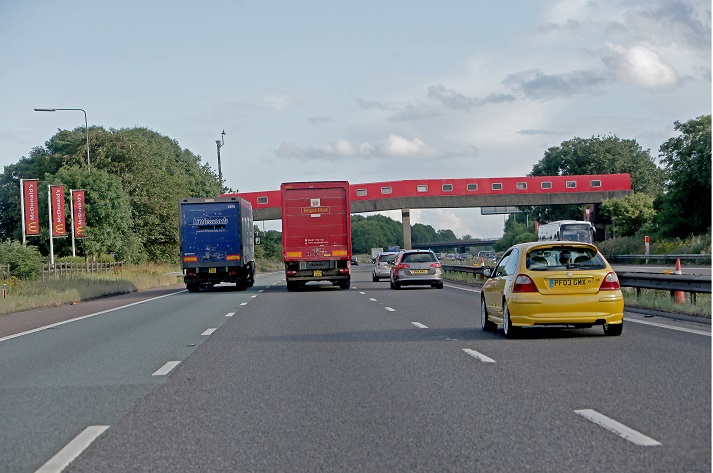 Traffic flow CCTV footage should be made available to insurance companies in cases of ‘swerve to avoid’ accidents, an insurance firm has claimed.

The Information Commissioner’s Office (ICO) has clarified that traffic flow CCTV does not constitute personal data. In light of this, Claims Management & Adjusting (CMA) has called for the footage to be released, in order to help prove liability in a serious accident.

Highways England has previously cited the Data Protection Act to justify the deletion of footage after only seven days, even when it might prove liability in a serious accident. It has also cited the cost of storing the recordings. This stance has been criticised by drivers, fleet operators and insurers.

Philip Swift, managing director of CMA, and a former police detective, said: “The safety concerns around distracted driving are of course paramount, but law abiding road users should also be concerned about the sharp increase in swerve to avoid incidents, and the legal, financial and administrative headache which frequently ensues.

“Take the following very common scenario: a vehicle in the middle lane veers towards another car whose driver takes evasive action and ends up crashing. In incidents like these it is often the victim who is pursued, completely unfairly, for the barrier repair costs, while the negligent party is never traced. To make matters worse, the invoice for damage to Crown property will often bear a Highways England logo. This is a double whammy for the innocent driver: they’ve been involved in a frightening accident and now the public body which destroyed the video evidence is apparently after them for costs.

“Including any relevant CCTV with these claims from the start would help ensure it is the truly at-fault who pick up the bill, rather than the victims of distracted driving or the taxpayer. In light of the ICO’s advice, surely it is time for Highways England to retain and make this footage available to insurers?”