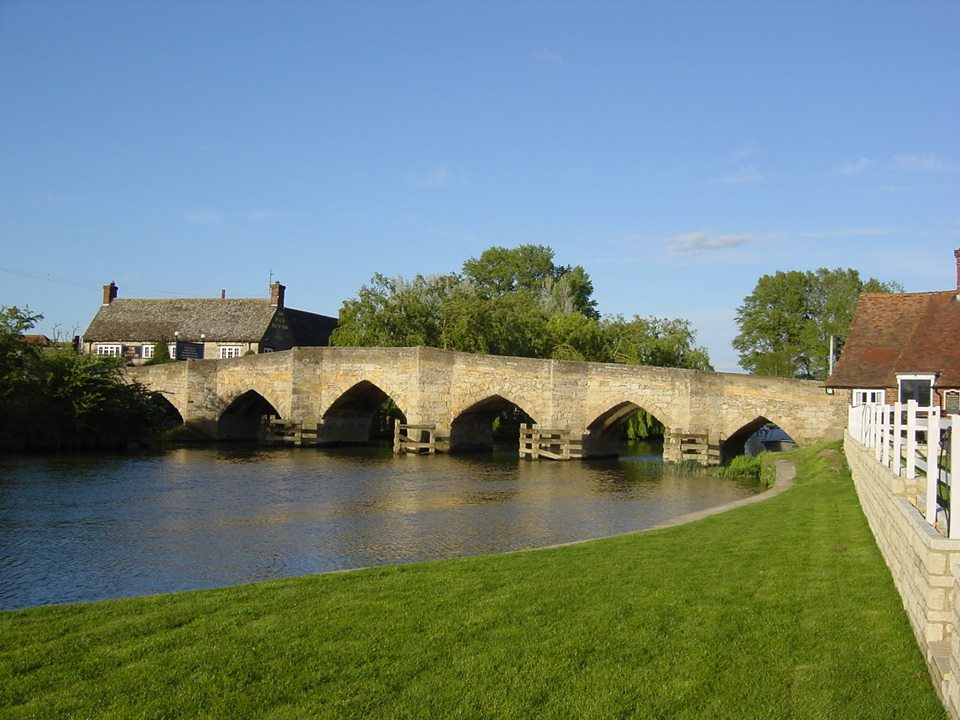 Here’s quite an impassioned press release from a local council, asking, nay, pleading with drivers of trucks over 18-tonnes to stop using a historic bridge. There’s now ANPR cameras on the bridge, which will issue fines, but a large number of trucks are still running over it – and the problem is getting worse.

Oxfordshire County Council faces an ongoing battle to save a 13th century Thames bridge because some HGV drivers continue to flout the 18 tonnes vehicle weight restriction. Over 1,300 HGVs have breached the weight restriction – including some driving repeatedly over the bridge on the same day – since an Automatic Number Plate Recognition (ANPR) camera was installed at Newbridge in 2017.

Drivers have been ordered to pay over £30,000 in fines and costs since the camera was introduced. There have been 88 prosecutions taken through the courts by Oxfordshire County Council’s Trading Standards Service. And 847 warning letters have been issued. Hundreds more breaches of the weight restriction are currently under active investigation. Newbridge is a Grade One listed Medieval structure on the A415. No vehicles of any kind that have a ‘Maximum Gross Weight’ of more than 18 tonnes are permitted to cross it.

Before the ANPR camera became active, Oxfordshire County Council installed new road signs in the area to alert drivers to the weight restriction and enforcement activity. The council wrote directly to relevant companies informing them of the restrictions and publicly advertised details of the ANPR camera enforcement within the trade press – all to deter inappropriate use of the bridge.

Councillor Judith Heathcoat, deputy leader of Oxfordshire County Council said: “It is extremely disappointing to see such high numbers of contraventions at this historic bridge.  In fact, there have been more HGV drivers breaching the weight restriction so far this year, than the total for 2018. “The County Council is committed to protecting this historic bridge, but prosecuting more and more drivers is in nobody’s interest.  Those HGV drivers ignoring the weight restriction must pay more attention to their route planning and road signage” Councillor Charles Mathew said: “Newbridge is a 13th century bridge, one of the oldest surviving bridges across the Thames, built on the orders of King John – it is completely irreplaceable.  We have a duty to protect this monument for future generations, as well as protecting current tax payers from the cost of replacing the bridge.”

This weight restriction is the most well signposted restriction in the county, with signs as far away as Witney, Abingdon, Frilford and along the A420 and A40.

The weight restriction is an 18 tonnes maximum gross weight limit.  Drivers, particularly professional drivers, should know the ‘plated weight’ of the vehicle they are driving. Most lorries with three or more axles will have a Maximum Gross Weight of over 18 tonnes.

It is the driver’s responsibility to follow roadside signage, not to blindly follow their sat-navs.  Some professional sat-navs can include weight restriction information, but even these should not be followed without taking into account road signs and conditions on the day.

The weight restriction at Newbridge has very few exemptions, only allowing for emergency vehicles, or vehicles carrying out repairs on the bridge, that might be over 18 tonnes.

Delays in traffic, due to accidents and incidents on other roads, is not a legitimate excuse for breaching a weight restriction.  Most HGV drivers understand this and do not try to gain an unfair commercial advantage by breaking the law but, unfortunately, a number of drivers do.