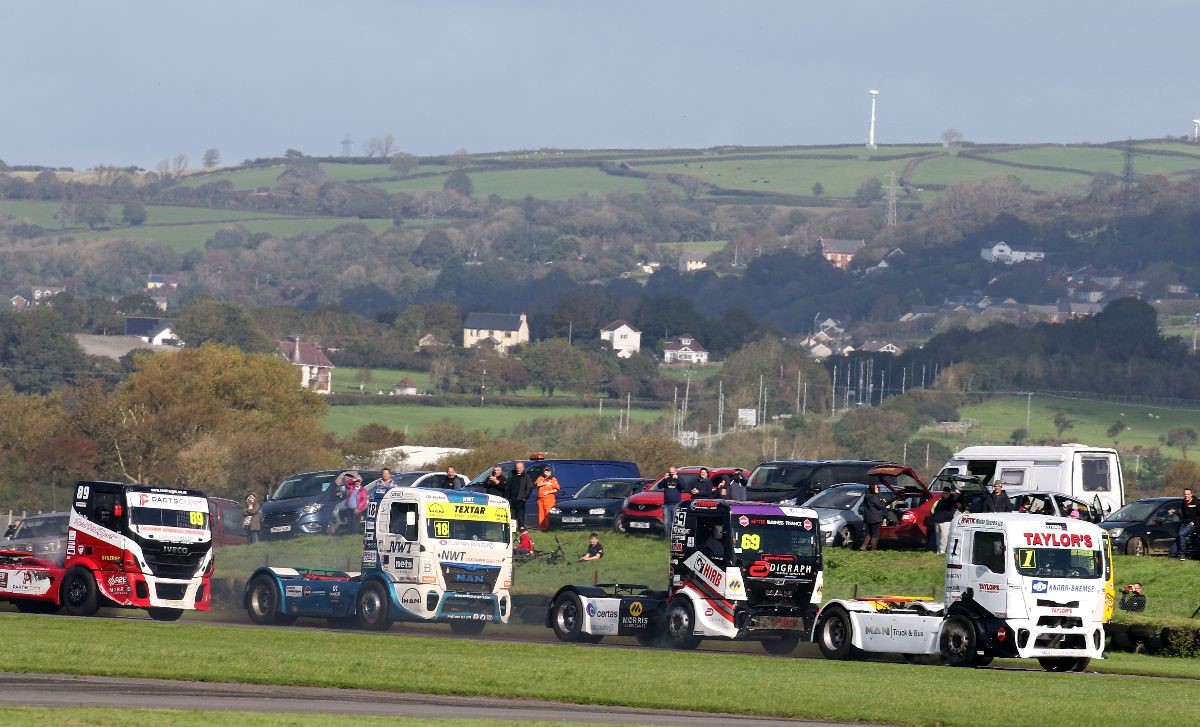 On what proved to be an action-packed penultimate event of the season at the picturesque Welsh venue, Smith tightened his grip on the 2019 crown whilst John Newell also powered his way to a maiden victory in the series of the year.

Entering the weekend holding a 15-point lead over main championship protagonist David Jenkins, Smith kicked off his weekend in superlative form as he stormed to pole position in challenging conditions.

Smith wasn’t to denied in the opening encounter, charging to an emphatic lights-to-flag victory in wet-to-dry conditions. Building up an early advantage, the MAN driver took the chequered flag with relative ease – his latest in a long line of triumphs.

Behind, Jenkins threaded his way past Newell in the opening stages but ultimately didn’t have an answer for Smith. Simon Reid and Richard Collett would both also muscle their way ahead of Newell before the end of the race, relegating the former Division 2 champion down to fifth.

Newell would bounce back in contrasting conditions on Sunday, with the rain of the day before having made way for bright sunshine, and the MAN driver finally on the top step of the rostrum.

Having shown his pace in the morning’s warm-up session, the former Division 2 champion slithered wide at the first corner, along with Tom O’Rourke, and had dropped down the order. However, a red flag which was caused by Collett, caused a race restart from their original starting positions.

Gifting him a second bite of the cherry, Newell made no mistake second time around and charged to victory. An incident further back between Reid and Jenkins however would bring out a second red flag, with both of their machines needing to be recovered.

Races three and four around the 1.45-mile circuit would belong to Smith, with the Mansfield-based race extending his advantage at the top of the standings in commanding fashion. 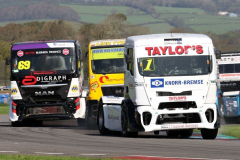 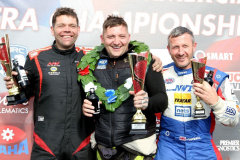 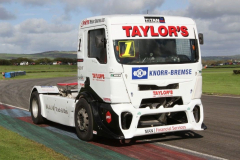 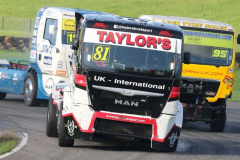 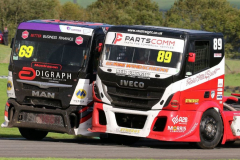 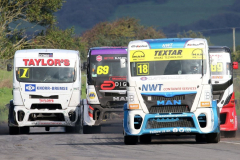 Launching into the lead off the start, Smith’s MAN TGA built up an impressive lead of more than eight seconds as the laps ticked by. Jenkins, who slipped past Collett on lap two, was unable to close the deficit and settled for second, whilst Newell also got the better of Collett for third place.

Smith’s third victory of the weekend in the Division 1 finale was a little less dominant but no less than impressive; triumphing by littler over a second ahead of Reid. Charging from the back of the grid, Smith showcased his overtaking prowess and by lap four was into third place.

Powering past Taylor a lap later, Smith brought himself onto the back of race leader Reid – hounding him for countless laps before finally finding a way past. Reid would hang on to second place whilst Taylor notched his second podium of the weekend.

At the end of another hard-fought weekend in Division 1 of the MV Commercial BTRA Championship, Smith extended his advantage at the top of the standings over Jenkins with one event to go.

Brands Hatch will play host to the final round of the season on November 2/3, with the destiny of the Division 1 title being decided over across four pulsating races around the Indy layout of the Kent venue.

To view the full classification of results from all Division 1 sessions at Pembrey, click here.